At least 12 pilgrims lost their lives and many were injured in a stampede, triggered by a heavy rush of devotees at the famous Mata Vaishno Devi shrine in Jammu 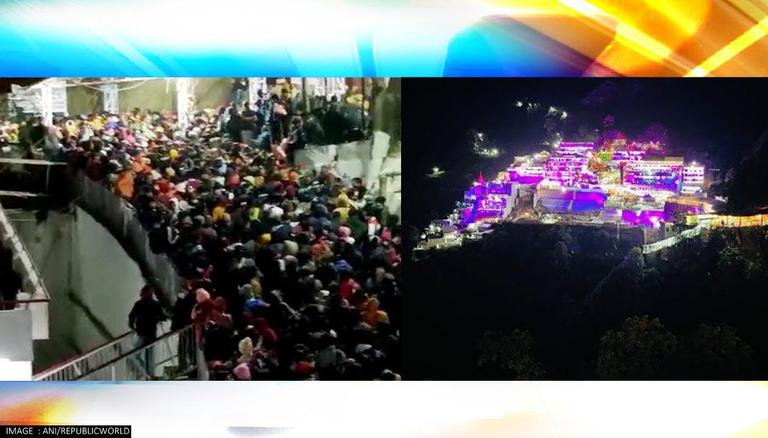 
In an unfortunate incident reported on New Year's eve, at least 12 pilgrims lost their lives, and several were injured in a stampede, triggered by a heavy rush of devotees at the famous Mata Vaishno Devi shrine atop Trikuta hills in Jammu and Kashmir. The stampede occurred shortly after midnight and the injured persons were rushed to the hospital, officials said on Saturday.

Hospital and police sources had earlier said at least 20 people were injured in the stampede and were taken to hospitals, including Mata Vaishno Devi Narayana Superspeciality hospital, and the condition of some of the injured was stated to be “serious”.

Talking about the death toll, Dr. Gopal Dutt, Block Medical Officer, Community Health Centre had earlier informed that 6 pilgrims have died. However, 12 bodies were recovered by morning, he said.

"Six dead in the stampede at  Mata Vaishno Devi Bhawan, the exact number not there yet. Their post mortem will be done. Injured being taken to Naraina hospital, the total number of injured not confirmed either."

Rescue operations are still underway and the yatra to the shrine has for now been halted.

Just days ago, a massive fire had broken out at the Vaishno Devi shrine complex but the yatra to the famous temple in Trikuta hills remained unaffected. Shri Mata Vaishno Devi Shrine Board informed that no damage was reported in the fire incident on December 21 and the Yatra would be conducted smoothly. The cause of the blaze was not known.