A COB Bunawadar team of Army rescued the woman with pregnancy-related complications by carrying her for many kilometres in knee-deep snow, on January 6.

As heavy snowfall disrupted life in Kashmir, and the city remained cut off from the rest of the country for the fourth consecutive day. On January 6, amid snowfall, COB Bunawadar received a call for help regarding a pregnant woman who was due to deliver. The team of Army rescued the woman with pregnancy-related complications by carrying her for many kilometres in knee-deep snow. 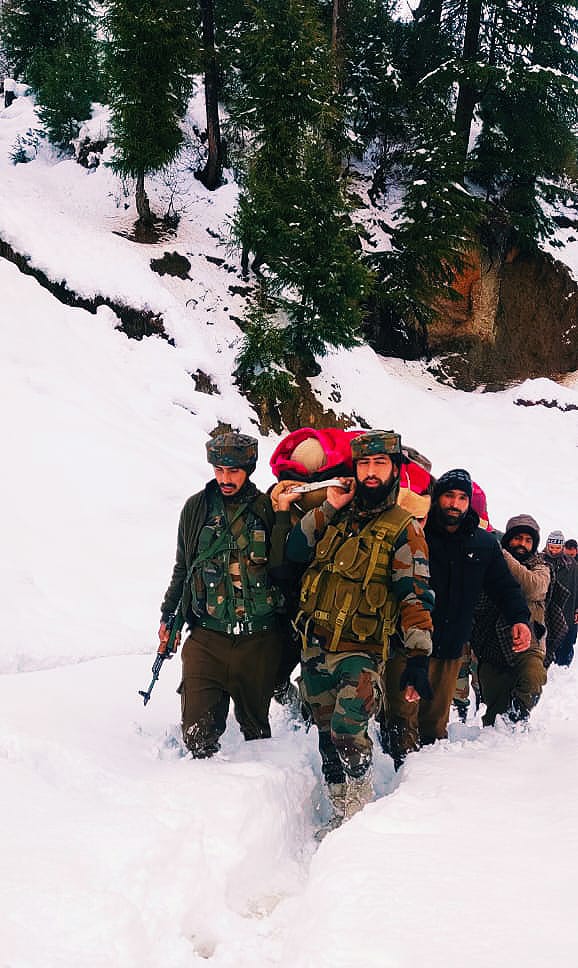 In Pics: Army jawans carrying a pregnant woman to the hospital in knee-deep snow.

A resident of Pethawadar area of Handwara in north Kashmir, Ghulam Mh Mir F/O Neema Bano (whose husband is working in Pathankot, Punjab) called COB Bunawadar regarding his pregnant daughter who was due to deliver today, and had no access to either road or transport and was stuck at home due to heavy snowfall the previous night. 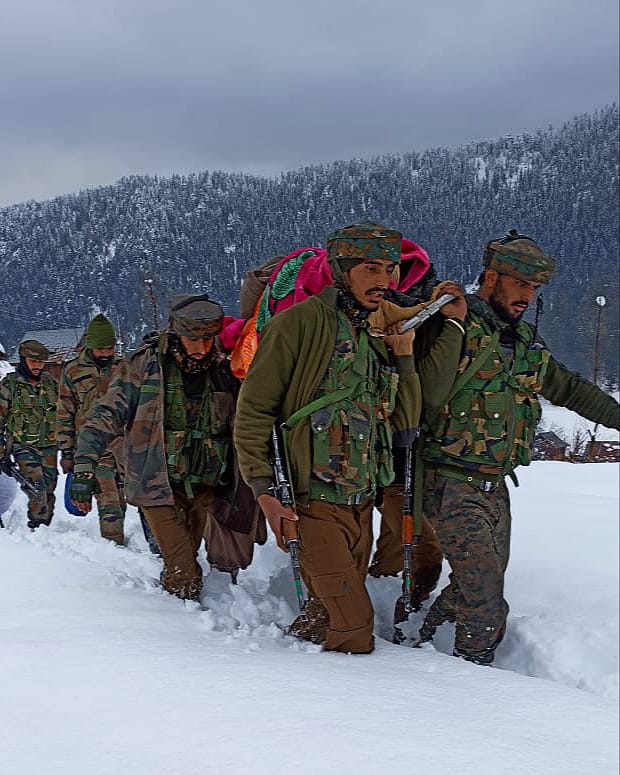 The troops of COB BUNAWADAR who were on Area Domination Patrol nearby were informed immediately to assist the family. The troops carried the pregnant woman in knee depth snow on an adhoc stretcher to nearby Primary Health Centre which was about 1 km from the house. At the same time, a Nursing Assistant was sent to the PHC to assist a local nurse(male) for checking her blood pressure levels and stabilizing the pregnant lady.

Since all roads were blocked due to heavy snowfall, a transport could be arranged at a distance of 3km from the PHC. Hence, the troops again carried the pregnant woman on the stretcher to the location of transport. Later that evening, the baby was delivered healthy and the mother and the baby reached home safely. The Army also helped the family in kind.

Troops timely action and efforts made the delivery safe and successful. The family expressed their sincere gratitude for all the assistance the Army provided. This kind gestures would go a long way in strengthening the bond between the Army and Awaam.