An encounter is underway between terrorists and security forces in Tulran Imam Sahib village of Jammu and Kashmir's Shopian district, police said on Monday. 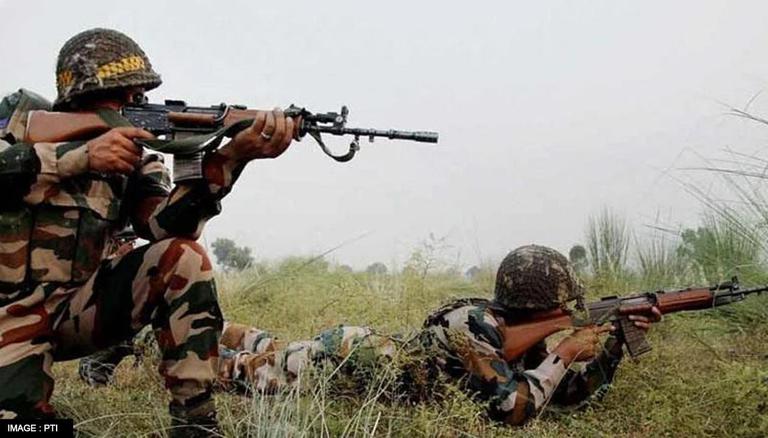 He said the search operation turned into an encounter after terrorists opened fire on the forces, who retaliated. No terrorists have been killed so far in the operation, he added.

Earlier a terrorist who was involved in the recent killing of a civilian was killed in an encounter with the security forces in Gundjehangir village of Hajin area in Bandipora.

Kashmir Police Zone, have identified the slain terrorist as Imtiyaz Ahmad Dar, who was affiliated with The Resistance Front (TRF)/ Lashkar-e-Taiba (LeT) and was involved in a recent civilian killing at Shahgund, Bandipora.

It is pertinent to mention that 4 OGWS were arrested by the police in Bandipora on Sunday. The police claimed they were involved in the killing of Mohammad Shafi Lone, a cab driver, who was killed on October 5th evening.

Meanwhile, an unidentified terrorist was also killed and a policeman was injured early morning, in the Khagund village of the Verinag area in south Kashmir.

Inspector-General of Police, Kashmir Zone, Vijay Kumar has congratulated the security agencies for successful operations in less than 24 hours. “Shopian operation is still underway, but 02 terrorists have been killed in two different encounters in Kashmir,” he added.