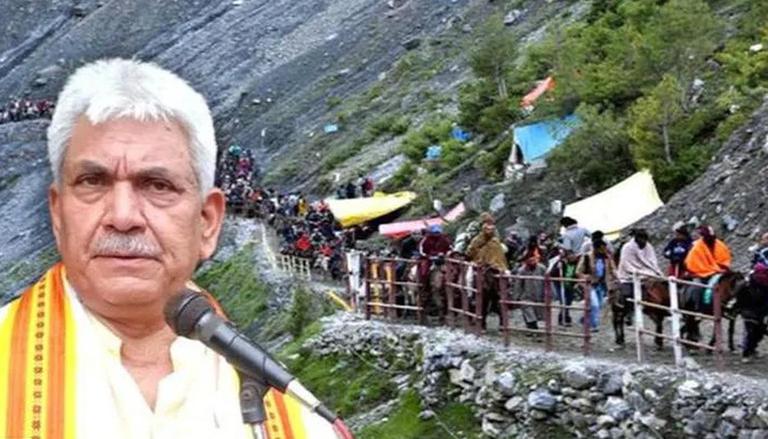 The unified command meeting was attended by the chief secretary and senior officers from the Home department, Jammu and Kashmir Police, Army, intelligence agencies, CRPF, BSF and others, an official spokesperson said.

The officers apprised Sinha about the overall security situation while threadbare discussions were also held on various arrangements related to the Amarnath Yatra.

Sinha also reviewed the detailed plans for all basic necessities, including security arrangements, that have been put in place by the J-K Police in tandem with Army and Central Armed Police Forces for all 'yatris' and the service providers, the official said.

Sinha expressed satisfaction over the arrangements put in place by the Shri Amarnathji Shrine Board (SASB) and other departments for a smooth and peaceful conduct of the yatra from June 30.

"The government is committed to provide best facilities to the yatris. The improvements have been made in arrangements as compared to the previous years. All necessary facilities, including traffic management, health, communication, water sanitation are in pace.

"We are aware about the high altitude-related issues and adequate number of oxygen cylinders, medical beds, emergency responders, doctors and nursing staff has been deployed to deal with any emergency situation," Sinha said.

The CEO of the Shri Amarnath Ji Shrine Board also briefed the meeting about services to facilitate the yatris and the do's and don'ts during the yatra. PTI MIJ TDS TDS