Ahead of India's 75th Independence Day, the Lieutenant Governor of Jammu and Kashmir has announced a National Anthem Singing Competition. 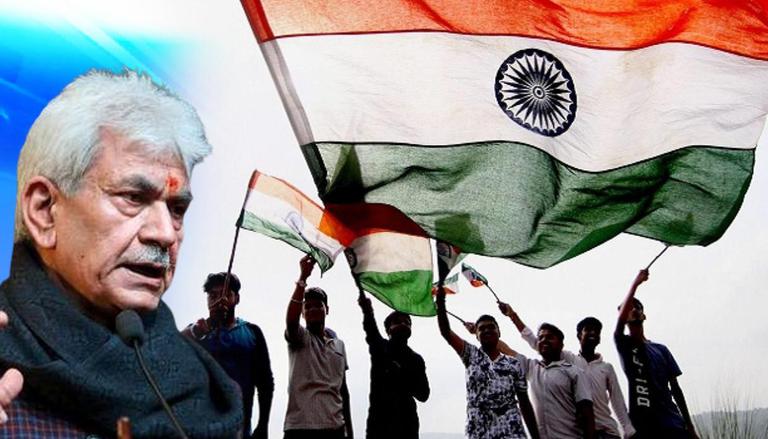 
The Jammu & KashmAheair Government announced National Anthem Singing Competition. As the nation celebrates 75 years of independence, commemorating it as ‘Azadi Ka Amrut Mahotsav’, Jammu and Kashmir is too joining hands. The Union Territory's Lieutenant Governor Manoj Sinha, called upon all citizens of Jammu and Kashmir to take part in the anthem singing competition.

The competition initiated by Lt. Governer Manoj Sinha will allow the individual & group winners a chance to sing the National Anthem at their respective district/division level Independence Day, 2021 celebrations along with cash prizes. The competition is open to all citizens of the Union Territory from August 1 to August 7, 2021.

The first prize of the competition is Rs 25,000, the second prize is Rs 11,000 and the third prize is Rs 5,000. In the competition, District-level winners would compete for division level and all the participants will get a certificate of participation. All the individual & group winners will get a chance to sing National Anthem at their respective district/division level Independence Day, 2021 celebrations.

The individual category of the competition is divided into two subcategories - 13-18 years of age and above 18 years. The group category has also been subcategorised similarly.

Know the criteria to be a part of the competition

What is ‘Azadi Ka Amrit Mahotsav’