The Jammu & Kashmir police recovered 10 gelatine sticks, and 5 detonators from a vehicle on Jammu-Srinagar HW, travelling from Doda to Jammu 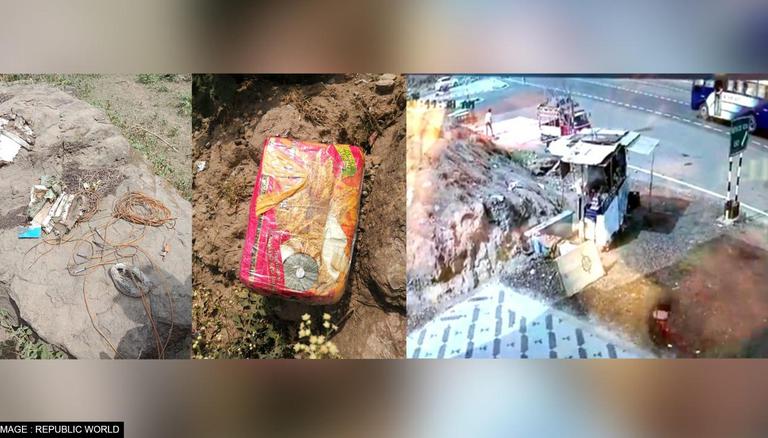 
The Jammu & Kashmir police recovered 10 gelatine sticks, and 5 detonators from a vehicle on Jammu-Srinagar Highway, travelling from Doda to Jammu. The bomb disposal squad has been called in and police have detained 2-3 people.

The Jammu police said, "Explosive gelatin sticks recovered from a bus at Jhajjar Kotli in Jammu. Bomb Disposal Squad was called on and the explosive was detonated through a controlled mechanism. A case under relevant sections of law registered in PS Jhajjar Kotli. Further probe underway."

In a CCTV footage accessed by Republic TV, the Jammu Police can be seen chasing down a bus carrying gelatin sticks, wires and detonators in the Sukitar area on the Jammu-Srinagar highway.

The police on June 12, along with neutralising three terrorists in the Drabgam area of Pulwama also recovered two AK-47 rifles and one pistol.

#PulwamaEncounterUpdate: All three killed #terrorists are locals, linked with #terror outfit LeT. One of them has been identified as Junaid Sheergojri, involved in #killing of our colleague #Martyr Reyaz Ahmad on 13/5/22: IGP Kashmir@JmuKmrPolice https://t.co/EmLyKLNmge