In a major crackdown on terror in the Valley, the MHA has sought the details of the Mosques in various sectors across Srinagar, Jammu and Kashmir.

In a major crackdown on terror in the Valley, the MHA has sought the details of the Mosques in various sectors across Srinagar, Jammu and Kashmir. As per a document accessed in the matter, Srinagar's District Superintendent of Police has asked all zonal SPs of the district to provide the details of Mosques falling in their jurisdiction. In the details, the name of the Mosques, location, information about the Maulvi will have to be attached and submitted to District Police Line in the city. 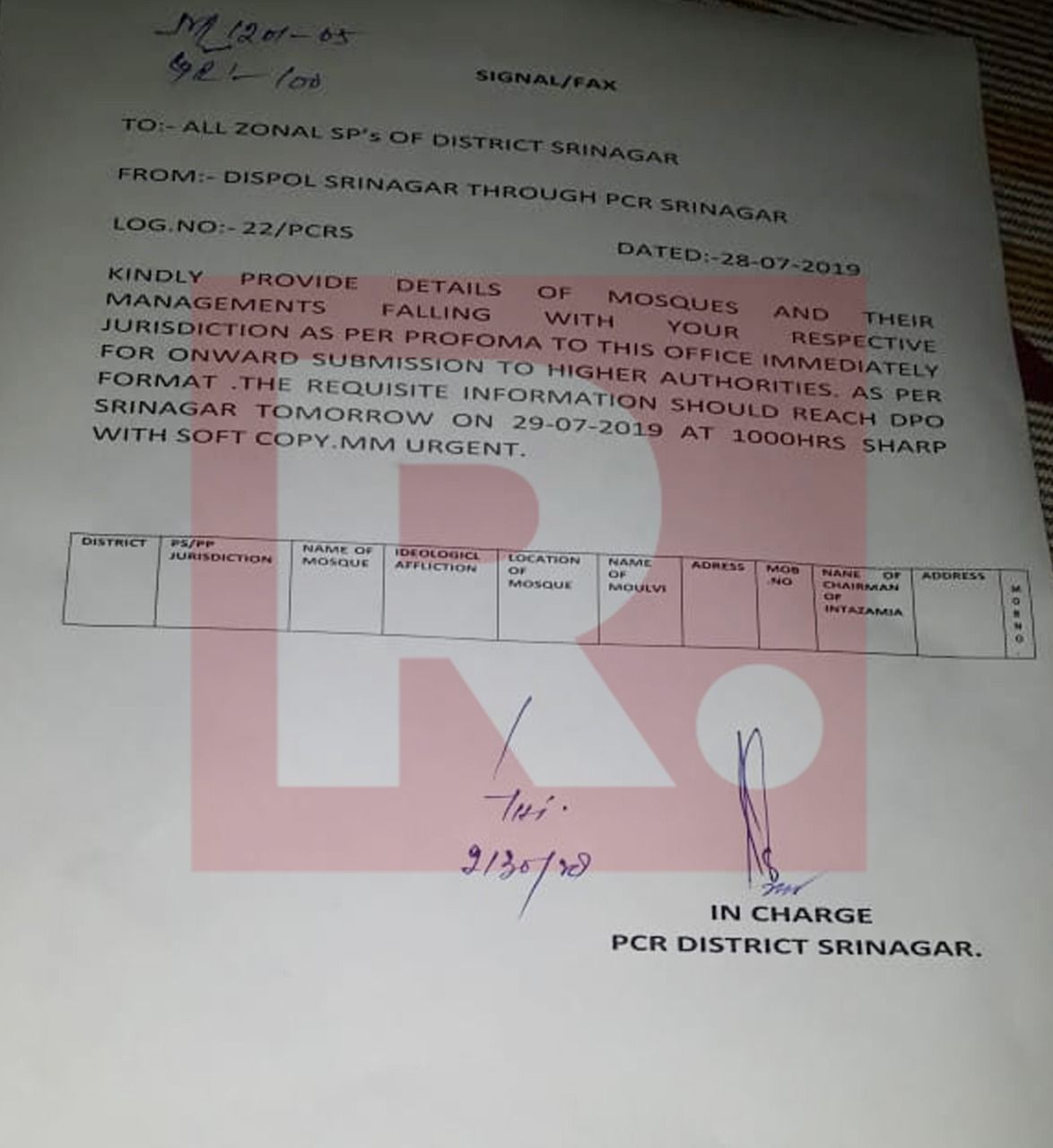 As per sources, the security agencies received information that certain Mosques across the Kashmir Valley are being used to instigate people into violent activities and they are reportedly being used as recruiting grounds for terrorists. Based on this information, an audit of the mosques across the Valley is being carried out by the MHA, in order to put a check on radicalisation.

This development has come only days after the Centre deployed additional forces in the state of Jammu and Kashmir to deal with anti-national elements. The Ministry of Home Affairs issued an order on late Friday night approving the deployment of 100 companies of additional parliamentary forces in Jammu and Kashmir. 50 additional CRPF (Central Reserve Police Force) companies, 30 companies from the SSB (Sashastra Seema Bal), and 10 companies each from the BSF (Border Security Force) and ITBP (Indo Tibetan Border Police) were deployed. The forces have been deployed in order to strengthen counter-insurgency operations and law and order duties there. Earlier on Sunday, sources told that known stone pelters, repeated offenders, some local politicians are also on the radar of the Centre.