Two Hizb-ul-Mujahideen terrorists have been killed in an encounter that broke during the wee hours of Friday in Pampore area of J&K's Awantipora district. 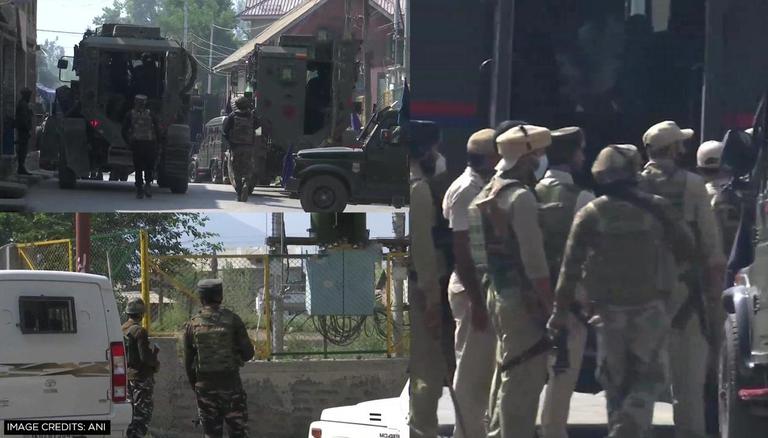 
In another major breakthrough, the Security Forces of Jammu and Kashmir on Friday neutralised two terrorists of the terror outfit Hizb-ul-Mujahideen in the Pampore area of Awantipora. As per the information provided by the Kashmir Zone Police, one of the slain terrorists has been identified as Musaib Mustaq of Khrew, who was involved in the killing of Javid Ah Malik at Lurgan. "This was a hit squad of HM responsible for civilian killings in South Kashmir," tweeted the police department of the valley.

Identification of the second terrorist is going on, informed Kashmir Zone Police.

#AwantiporaEncounterUpdate:
One of the killed terrorists identified as Musaib Mustaq of Khrew. He was involved in killing of Javid Ah Malik at Lurgam. This was a hit squad of HM responsible for civilian killings in South Kashmir. Identification of 2nd terrorist being ascertained. https://t.co/PVQwbPG7Pa

The encounter began at around 2:46 AM on Friday and after almost eight hours of operation, both the terrorists were neutralised.

#Encounter has started at Khrew, #Pampore area of #Awantipora. Police and security forces are on the job. Further details shall follow.@JmuKmrPolice

While speaking to ANI, J&K DGP Dilbag Singh said that this was 'a hit squad of Hizb-ul-Mujahideen responsible for civilian killings in South Kashmir'. He also revealed that one AK rifle & one pistol have been recovered. The operation is ongoing and more details are awaited.

One of the two terrorists killed in Khrew, Awantipora was involved in the killing of a peon at a govt school in Pastuna on July 23 this year. He has been identified as Musaib Mushtaq of Khrew: Vijay Kumar, IGP Kashmir

Recently on August 9, two newly recruited terrorists affiliated with proscribed Hizbul Mujahideen outfit were arrested in Kishtwar district of Jammu and Kashmir. Yasir Hussain and Usman Qadir, both residents of Dachhan, were arrested along with some arms and ammunition during a search operation from the Kalaingassu area of Tander, a police official said. He also added that the two went missing from their houses on August 5 and two days later it was learnt that they had joined Hizbul Mujahideen terror group.

READ | Soldier injured in encounter with terrorists in J-K's Rajouri

Last month, a top Hizbul Mujahideen (HM) commander was eliminated in an encounter. According to reports, the encounter took place in Jammu and Kashmir's Handwara which led to forces to eliminate, Mehrazuddin Halwai, who was the oldest and top commander of the terrorist group. After the successful encounter, IGP Kashmir, Vijay Kumar informed that the eliminated Hizbul commander was involved in several terror crimes in the valley.

Prior to the above-mentioned operations, a terrorist was killed during an encounter in the Shopian district on June 23, identified as Sajjad Ahmad Bhatt, a terrorist working for the Hizbul Mujahideen terrorist organization. The police gave the terrorist an opportunity to surrender however he fired which led to the encounter. The operation took place in Shirmal village of Shopian, 58 kms from Srinagar.