External Affairs Minister S Jaishankar who is on a 2 day trip to Uzbekistan, met his Kazakh counterpart on Thurs. He discussed SCO, COVID-19 co-op & Afghanistan 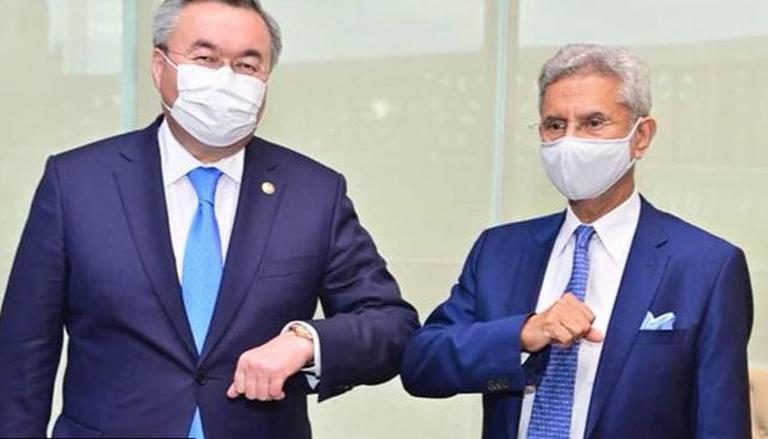 
External Affairs Minister S Jaishankar is on a two day trip to Uzbekistan to attend the Central-South Asia Conference 2021. He met his Kazakh counterpart Mukhtar Tileuberdi on Thursday and conversed on several issues. During the meeting, the Foreign Affairs Ministers of both countries discussed several pertaining issues, including COVID-19 cooperation and the current situation in Afghanistan. S Jaishankar and his Kazhak counterpart Tileuberdi also touched upon several diplomatic topics in the meeting and discussed the Conference on Interaction and Confidence-Building Measures in Asia (CICA) and Shanghai Cooperation Organisation (SCO).

S Jaishankar also met US Deputy NSA Elizabeth Sherwood-Randall and the US Special Representative for Afghanistan Reconciliation Zalmay Khalilzad and discussed various measures to resolve the current situation in Afghanistan.

Earlier in the day, S Jaishankar had dialled Afghanistan President Ashraf Ghani to discuss the ongoing situation in the war-torn country and reiterated support for peace and stability.

Pleased to call on President @ashrafghani. Discussed the current situation in and around Afghanistan. Reiterated our support for peace, stability and development of Afghanistan. pic.twitter.com/heTlL9KwaQ

Meanwhile, on the sidelines of the Tashkent conference, he also took the opportunity to meet his Bangladesh counterpart Dr AK Abdul Momen and reviewed the connectivity in the progress of ties of both the countries including trade, connectivity etc.

In a tweet shared by him, the Ministry of External Affairs wrote, “Happy to meet with Bangladesh FM Dr AK Abdul Momen on the sidelines of the Tashkent Connectivity Conference. A good opportunity to review the progress in our ties, including its connectivity aspects.” The foreign minister started his day at the Tashkent connectivity, conference by inaugurating the IT room of India Uzbekistan Entrepreneurship Development Centre in the country's capital.

The Central South Asia Conference 2021 is being hosted by Uzbekistan’s capital Tashkent and is named, “the International Conference on Central and South Asia Regional Connectivity, Challenges and Opportunities.” The conference is aimed at improving central south Asia connectivity. The Conference also hosted leaders from the countries, including the USA, Russia and Japan. Around 250 delegates from 40 countries participated in the two-day conference.

On Wednesday, Jaishankar met his Chinese counterpart Wang Yi on the sidelines of the Shanghai Cooperation Organization in Dushanbe where he conveyed that the unilateral change of the status quo of the border is not accepted by India.