The deadline for the National Jal Jeevan Mission, which will provide tap drinking water connection to every household in the country by 2024, has been pushed. 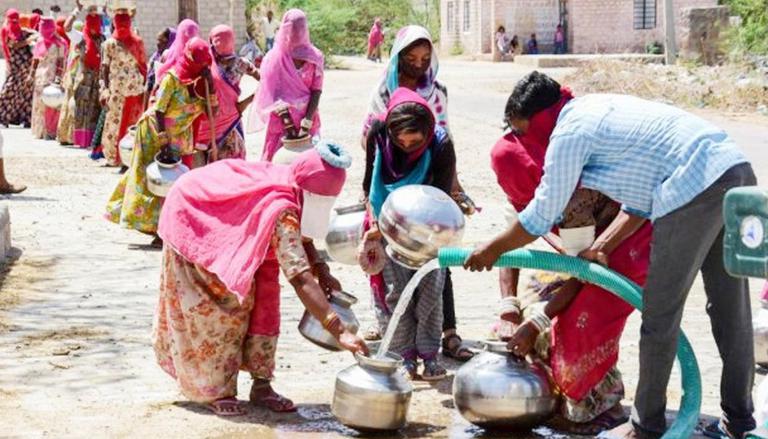 
The Ministry of Jal Shakti informed that a key target of the Centre's Jal Jeevan Mission has been missed due to the COVID-19 pandemic. According to the Centre, the deadline for the programme has now been extended till March 31, 2022, citing “a special case" reason. The deadline extension was made as the government claimed that completing these missed priority aspects of the flagship scheme is vital.

According to the Centre, the National Jal Jeevan Mission looks to provide tap drinking water connection to every household in the country by 2024. Apart from this, the scheme has two other targets that the ministry was looking forward to sealing by March 31, 2021. With the scheme, the ministry planned to retrofit or augment water supply to reach the left-out households in 4.19 lakh villages that had an existing piped water supply system and covering all habitations in the 61 Japanese Encephalitis-Acute Encephalitis (JE AES) affected districts. However, both these targets weren’t completed under the deadline.

The Ministry of Jal Shakti on Saturday, August 14, wrote a letter to all states informing them that the deadline for the targets wasn’t met by the states and Union Territories. Retrofitting work for covering all households with drinking water in 3.86 lakh villages out of the total 4.19 lakh was yet to start in June. Villages with existing water supplies in Uttar Pradesh, West Bengal, Madhya Pradesh, Rajasthan, Odisha, Maharashtra, Tamil Nadu, Andhra Pradesh, Jharkhand, Karnataka, Assam and Chhattisgarh were among the ones that completely missed the deadline.

"The department has now received several requests from states for extension of deadlines for retrofitting/augmentation and coverage of priority areas. The above matter has been examined and in view of the difficulties faced by States/UTs due to the COVID-19 pandemic and the resultant disruptions that affected implementation of the works in many parts of the country, relaxations have been made as a special case with strict compliance to this effect," the Centre's letter said.

The deadline to make all households Jal Jeevan Mission complaints has now been pushed by a year to March 31, 2022. The deadline will stand for both retrofitting or augmenting water supply to reach the left-out households in 4.19 lakh villages that had an existing piped water supply system and covering all habitations in the JE AES affected districts. States and UTs have also been asked to adhere to the new deadline and work in an orderly manner to complete the process in ‘priority’. There are currently 117 Aspirational Districts and 61 JE/AES affected districts which comes under the second target of the scheme. The retrofitting work in 69% out of total villages in the country is a huge task for the Centre to work on within a year’s time, however, it remains key to achieve the 'Har Ghar Jal' target by 2024.