The internet has been buzzing with photographs of the Baglihar Dam lighted up in orange, white and green and it looks gorgeous. 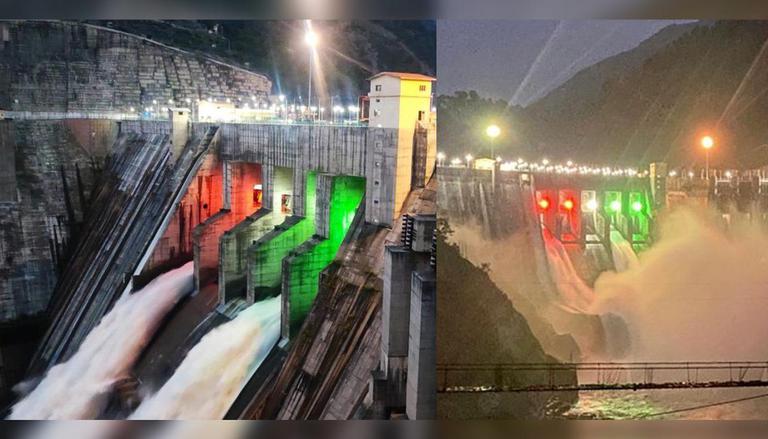 
The 74th Independence Day is only a day away, and preparations have already begun. Last week on 6th August, Friday, we saw the historic clock tower at Lal Chowk in Srinagar, Jammu & Kashmir, lit in the Indian Tricolour and now, it is the Baglihar Dam lit up in saffron, white and green. The Internet has been buzzing with photographs of the Baglihar Dam lit up in the Tricolour and it looks gorgeous.

Baglihar Dam on the Chenab River in the Ramban district of #Jammu and #Kashmir . pic.twitter.com/kyPSjsSmRG

Numerous locations lit with Tricolour in Jammu and Kashmir

Many areas in the state of Jammu and Kashmir, like Baglihar Dam, are lit with the Tricolour. Dr Satwant Singh Rissam, a Twitter user, posted photos of numerous landmarks illuminated with the colours of our flag, including the Bahu Fort and Jammu Railway Station.

When Lal Chowk in Srinagar, Jammu and Kashmir, was lit up in the Indian Tricolour last week, Srinagar Mayor Junaid Mattu took to Twitter to share a snapshot of the clock tower. In 1992, the first significant flag hoisting took place at Lal Chawk. The flag was flown by Murli Manohar Joshi, the then BJP president, and Narendra Modi, the Ekta Yatra coordinator, amid increased security. After assessing the security situation, the Central Reserve Police Force (CRPF) has hoisted the Tricolour at the clock tower every year since then. However, it was the first time that the clock tower had been illuminated in the Tricolour.

We have illuminated the Clock Tower (‘Ghanta Ghar’) at Lal Chowk in colours of the Tricolour ahead of Independence Day. 🇮🇳

All about Baglihar Dam

Baglihar Dam, also known as Baglihr Bandh, is a run-of-the-river hydroelectric generating project on the Chenab River in the Ramban region of Jammu and Kashmir, India. The first power plant of the Jammu and Kashmir Power Development Corporation was conceived in 1992 and approved in 1996, with construction starting in 1999. The cost of the project was anticipated to be $1 billion. The project was divided into two stages, each with a capacity of 450MW. The first phase of the project was completed in 2008-09, and it was dedicated to India by then Prime Minister Dr Manmohan Singh. In 2015-16, the project's second phase was finished, and the current Prime Minister Narendra Modi dedicated it to the nation.