After the death of Jayalalithaa in 2016, Justice Arumughaswamy commission was constituted by the then AIADMK government in September 2017. 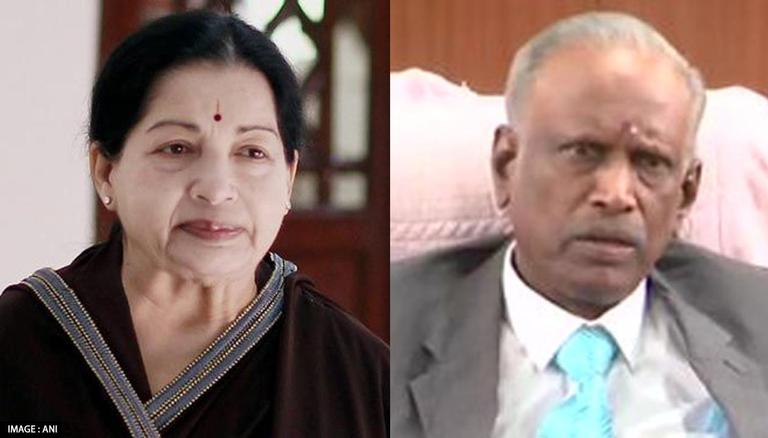 
Retired Justice Arumughaswamy commission, which was appointed to investigate the circumstances that led to the death of former Tamil Nadu Chief Minister J Jayalalithaa, submitted its report to Chief Minister MK Stalin on Saturday. According to news agency ANI, the committee probing the reasons behind Jayalalithaa's death submitted its 590-page report to the DMK leader Stalin.

"158 witnesses and petitioners were examined. Some people said that the probe was dragged by me. It's up to the govt to take a decision on whether the probe report is to be released or not. Apollo Hospital and Sasikala have cooperated well in the investigation," Retired Justice Arumughaswamy was quoted by ANI after submitting the report.

After the death of the former Tamil Nadu Chief Minister in 2016, the commission was constituted by the then AIADMK government in September 2017 to inquire about the circumstances and situation leading to her hospitalisation on September 22, 2016, and subsequent treatment provided till her unfortunate demise on December 5, 2016.

Although the commission headed by Justice Arumughaswamy was asked to submit the report after three months of its formation, its tenure was extended about 14 times over the years.

The committee appointed to investigate the 75-day stay of Jayalalithaa in Apollo Hospitals submitted its report nearly five years after her death on Saturday. The proceedings were helmed by the former judge of Madras High Court Justice A Arumughaswamy. The judge was reportedly picked by the AIADMK’s Edappadi K Palaniswami government.

Besides the circumstances leading to her hospitalisation, the commission appointed in September 2017 also probed the correctness, adequacy and inadequacy of medical treatment given to the former Chief Minister.

DMK chief MK Stalin earlier in 2020 questioned O Panneerselvam (OPS) who raised suspicion over Jayalalithaa's death asking him why he has not appeared before the commission in 22 months.

Stalin earlier also took to Twitter and said that the AIADMK government had constituted the Justice (retd.) Arumughaswamy Commission to probe former Chief Minister Jayalalithaa’s hospitalisation and death is only an “eyewash”. He accused the AIADMK of having subsequently made the existence of the panel “meaningless”. He also stated that when the DMK is elected to power, it would unmask those responsible for her death and bring them to justice.