In an encounter with terrorists in Bhata Dhurian, Jammu & Kashmir's Mendhar tehsil of Poonch district on Thursday, two Army personnel were critically injured. 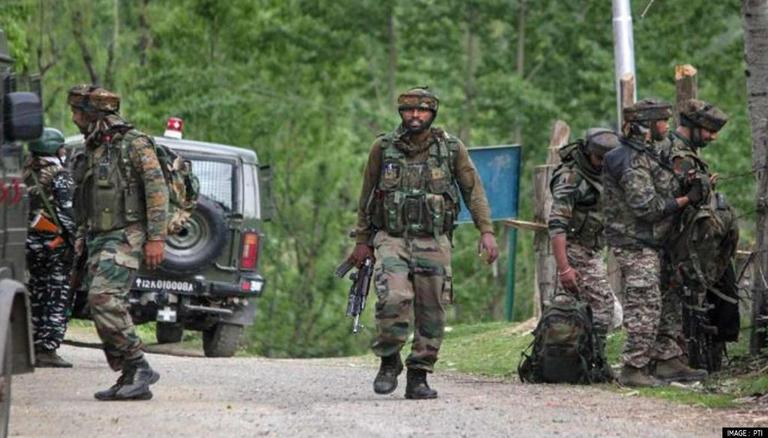 
In an encounter with terrorists at Bhata Dhurian in Jammu & Kashmir's Mendhar tehsil of Poonch district on Thursday, two security forces personnel were critically injured. A Junior Commissioned Officer (JCO) and an army jawan were among those who were injured. The counter-terrorist operation is being continued in the area.

"A JCO officer and a Jawan were gravely injured during the current counter-terrorist action in the valley," the Indian Army said in a statement.

The Indian Army further added that,

"In an ongoing Counter-Terrorist operation in the general area Nar Khas Forest, Mendhar Sub Division, District Poonch there has been exchange of fire between army troops and terrorists during evening hours on 14 Oct 2021. During the ensuing exchange of fire one JCO and one soldier have been critically injured. The operations are under progress."

Crushing the rising head of terrorism once again in Kashmir valley, security forces have gunned down nine terrorists in the last six days in Bandipora, Shopian, Awantipora, Srinagar, and Anantnag districts of Jammu & Kashmir. Among those killed, two were “A” category terrorists linked to Hizbul Mujahideen and Jaish-E-Mohammed.

Of the nine terrorists gunned down by security forces, four belonged to the “Lashkar E Toiba” and its off-shoot “The Resistance Front”. They have been identified as Imtiyaz Ahmad Dar, killed on October 11 in the Gund Jahangir Bandipora encounter; Danish Hussain Dar and Mukhtar Ahmad Shah, both killed on the 12th of October in the Tulran Shopian encounter; and Ubaid Ahmad Dar, killed on October 13 in the Waggad Tral Awantipora encounter.

Two Jaish terrorists have also been gunned down in the valley by forces. They have been identified as Yawar Gani Dar, killed on October 11 in the Khagund Verinag Anantnag encounter; and Shameem Ahmad Sofi eliminated on October 13 in the Waggad Tral Awantipora encounter.