The Malpahari Police have initiated an investigation for 12,000 detonators and 8,000 gelatin sticks found hidden amid sacks of puffed rice in Jharkhand. 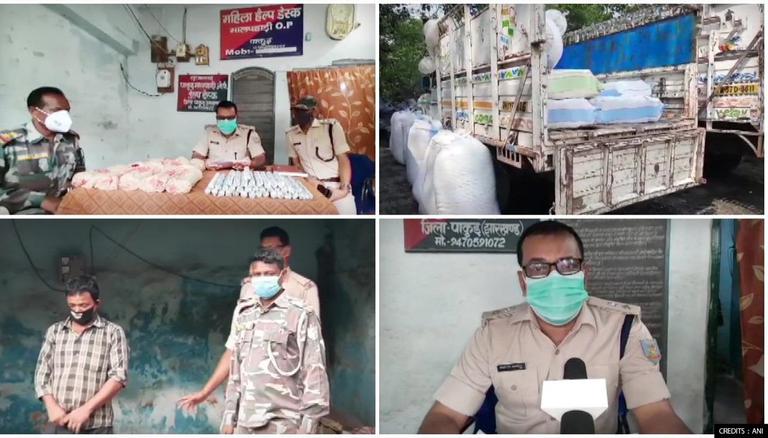 
The Malpahari Police of Jharkhand seized 12,000 detonators and 8,000 gelatin sticks on Friday, which were hidden in sacks of puffed rice. The illegal explosives were found during checking of vehicles at Nasipur check post in Pakur. Earlier, similar illegal items were seized from Maharashtra's Bhiwandi. The police informed that an investigation has been initiated to find the root of the crime.

"We are trying to find out in what mines was this being used & who is using these illegally," added police official.

The detection has given the administration a serious concern as detonators are used to trigger an explosive device. Used by industries for mining and construction-related work, gelatin sticks are also cheap explosive materials. Gelatin sticks are not used without detonators. They can only be produced by manufacturing companies that are given licenses generated by Petroleum and Explosives Safety Organization (PESO). Illegal Mining In Jharkhand has become a common issue as miscreants are reported flouting the norms on a daily basis. Interestingly, Pakur district of Jharkhand is situated near the border of West Bengal at Nasikpur.

On Monday, 12,000 gelatin sticks, 3,000 detonators were seized from Maharashtra's Bhiwandi. The Crime Branch Unit-1 of Thane police had seized the items during a raid. The police had received a tip of explosives being stored at Mittal enterprise located at the Karivali village.