On Monday,Republic TV accessed the FIR registered by the Vasant Kunj police station in the January 5 JNU violence matter, which explains the sequence of events.

On Monday, Republic TV accessed the FIR registered by the Vasant Kunj police station in the JNU violence matter. It explains how the events unfolded on the varsity campus on January 5. A case has been filed against the unidentified accused under the sections pertaining to rioting, damaging public property, and unlawful assembly. January 5 witnessed masked miscreants armed with sticks and other weapons damaging property and beating up students as well as faculty members resulting in at least 34 people getting injured.

Details of the FIR

The FIR mentions that the police was first intimated at 3.45 pm that some JNU students had reached Periyar hostel and were damaging public property. When the police personnel reached the spot, they discovered that 40-50 masked miscreants were beating up students and ransacking the place. However, they fled after realising the advent of the police.

According to the FIR, the police also received a request from the JNU administration in the interim period and more forces were brought in to maintain law and order. Thereafter, yet another incident of hooliganism was reported from the Sabarmati hostel at 7 pm. After reaching the location, the police found that 50-60 miscreants were beating the students and destroying property at the Sabarmati hostel. Soon, the police managed to bring the situation under control. 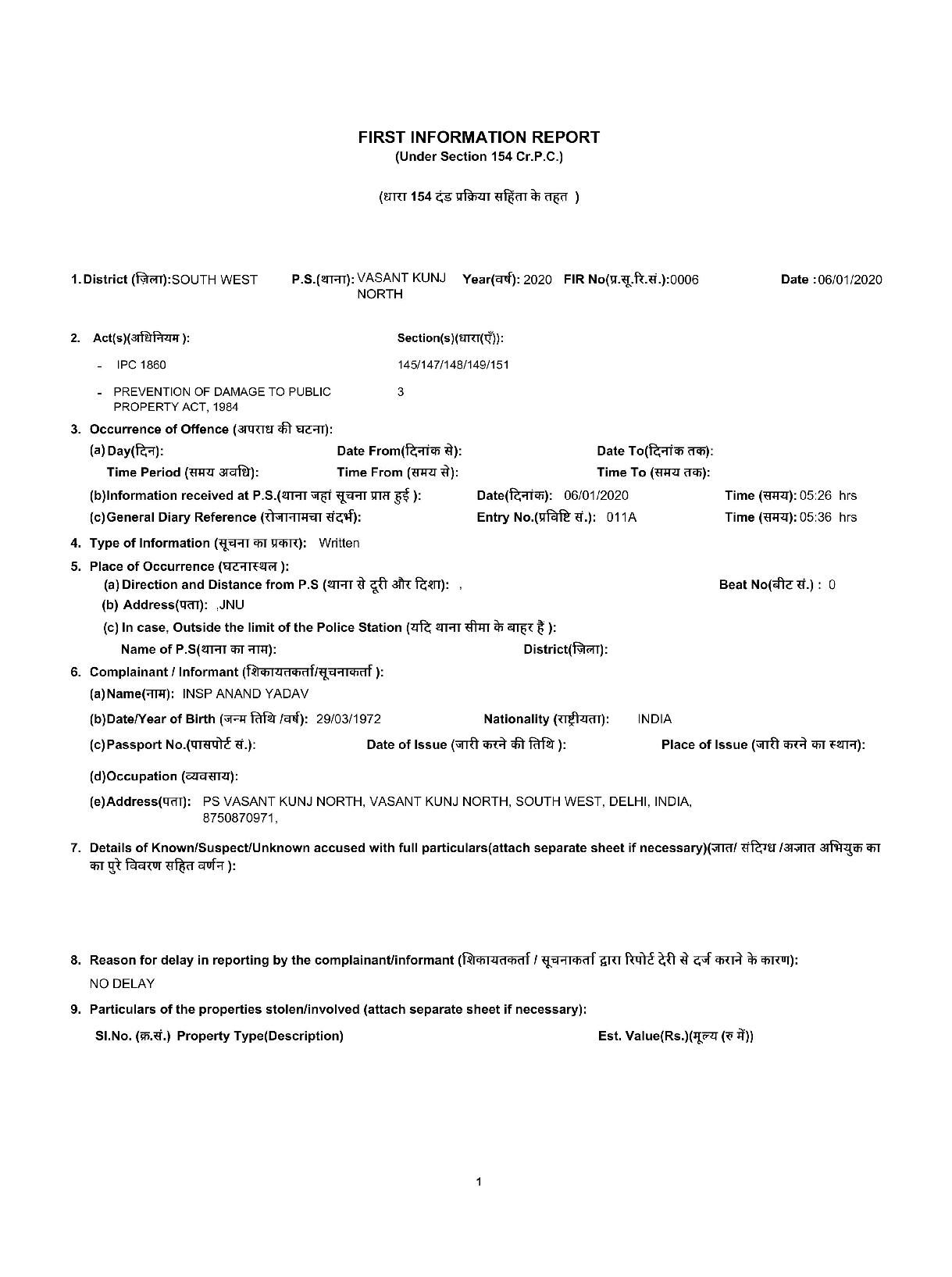 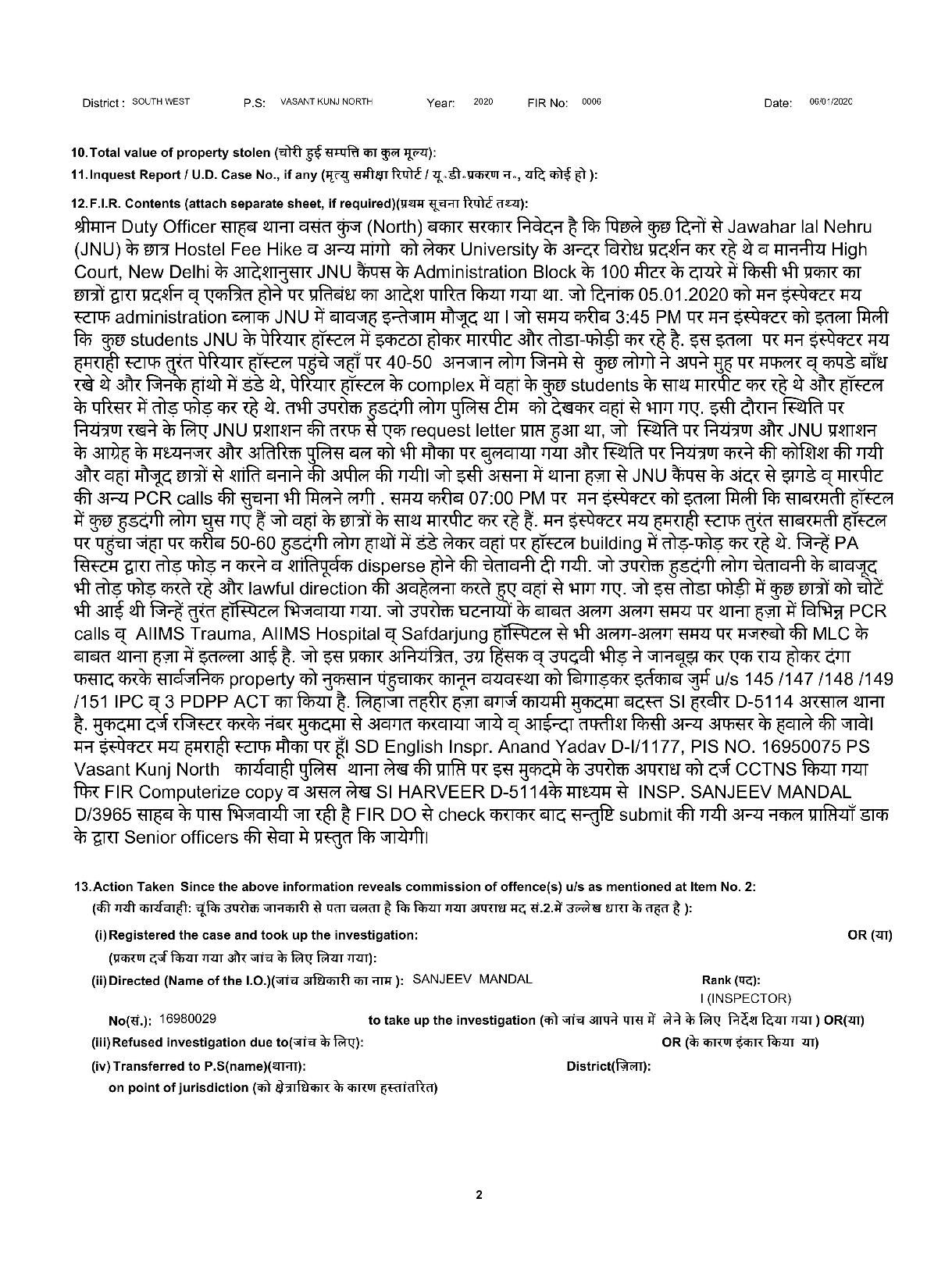 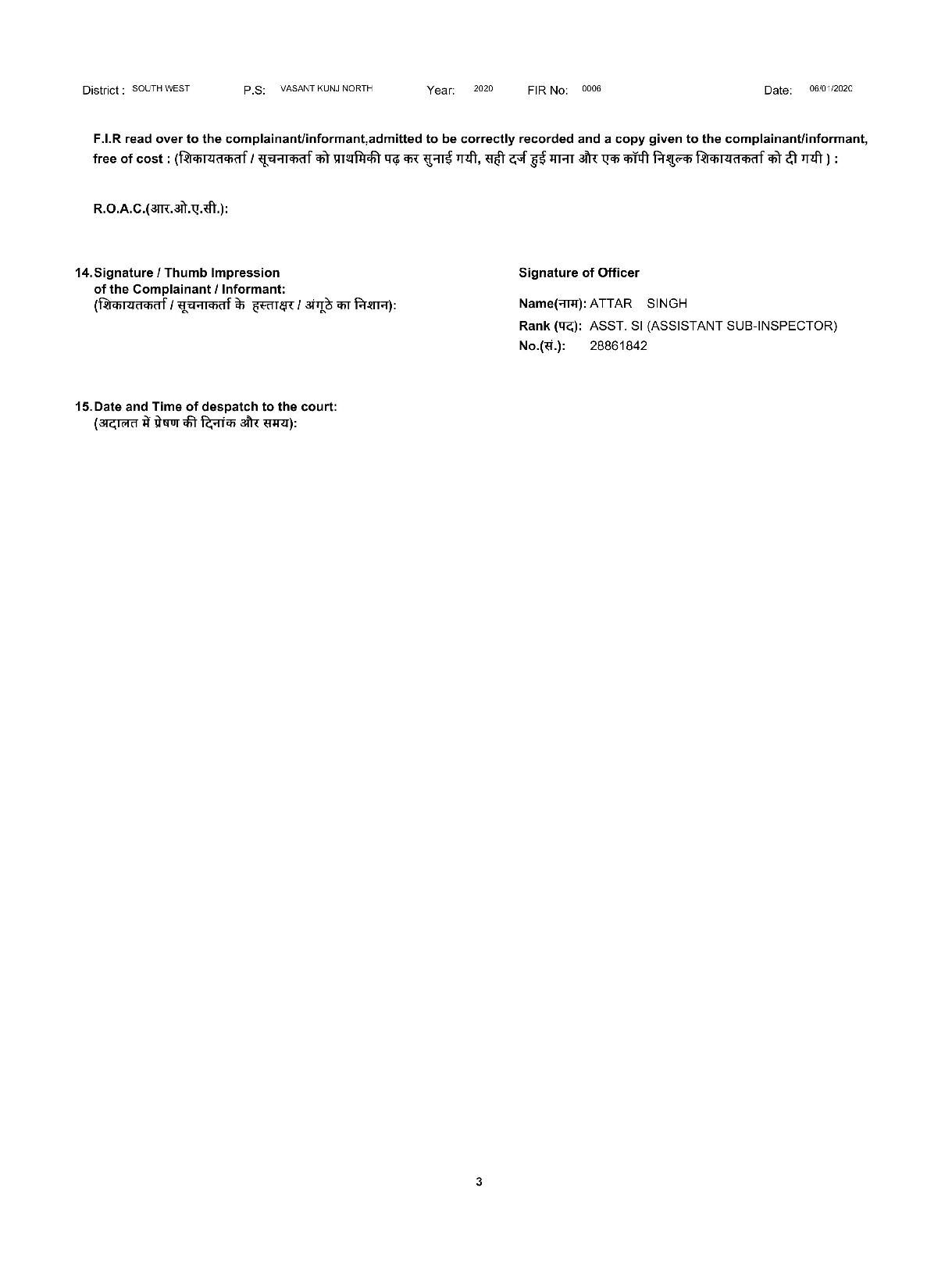 The statement issued by the JNU registrar on January 5 traces the genesis of the current attack to the forcible stoppage of the Winter semester registration process on January 3. Noting that a group of students again created an issue on the next day, it mentioned that a police complaint had been registered in this regard. Moreover, it states that a section of students, who were opposed to the registration process moved aggressively towards the hostels at around 4.30 pm on Sunday, after which the police was requested to move in to maintain law and order.

Earlier in the day, Congress president Sonia Gandhi reacted to the JNU violence. She alleged that the Modi government was suffocating the aspirations fo the youth of the country.. Reiterating her party’s support for the students, she demanded an independent judicial probe into the matter.

"Students and youth need affordable education, a deserving job, a promising future and a right to participate in our thriving democracy. Sadly, the Modi government seeks to suffocate and restrain each one of these aspirations. The entire Congress Party stands in solidarity with India’s youth and students. We strongly deprecate the sponsored violence in JNU yesterday and demand an independent judicial inquiry,” Sonia Gandhi remarked.