The Union Minister also informed about the identification of 16 new airports under the KRISHI UDAN Yojna to help enhance export opportunities in the region. 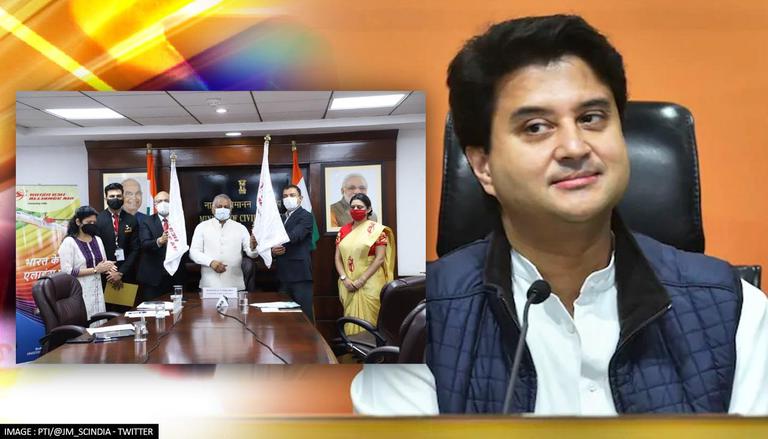 
Union Civil Aviation Minister Jyotiraditya Scindia, on Monday, virtually flagged off six routes to expand the aerial connectivity in North-East India. During the event, Scindia highlighted the importance that the North East had received from the Ministry of Civil Aviation (MoCA) under the guidance of Prime Minister Narendra Modi. The Union minister also informed about the identification of 16 new airports under the KRISHI UDAN Yojna to help enhance export opportunities in the region and establish dual benefits of enhancement of cargo movements and exports.

The six newly launched routes will broaden aerial connectivity of North East India by connecting multiple states which previously lacked the facility of air travel as a mode of transportation. The request for flight connectivity on these routes has been a long-pending demand of locals. The eastern part of India attracts tourists from around the nation and even around the globe because of its picturesque valleys, hilly streams, lush green forests, aromatic tea gardens, mountain peaks, rivers, the region's culture, and colourful fairs and festivals. These flights will open a seamless gateway and smooth aerial access option for nature lovers, travellers, tourists and will enhance tourism.

While flagging off the routes the Union Minister said, "Mizoram is the gateway to North East India. The city has an immense amount of importance for its tourism & economic sector. We are committed to giving wings to Prime Minister Shri Narendra Modi’s vision of making it possible that every state’s uniqueness must be experienced by all citizens of the country. I assure you, that MoS General Dr. V K Singh (Retd.) and I will personally visit Mizoram very soon.”

MoS R. Lalthangliana, MLA Robert Romawia Royte, along with other important members of the state cabinet took part in the event virtually from the Lengpui Airport, Aizawl, Mizoram. MoCA Joint Secretary Usha Padhee along with other senior officials of the MoCA were also present at the ceremony. With these new flights, travellers from Guwahati, Aizawl and Shillong will get multiple options for onward connectivity to the rest of the country.

Union Civil Aviation Minister Jyotiraditya Scindia said, “I am delighted to mention the fact that Alliance Air’s most ATR aircraft are deployed on the North-Eastern routes. Today, we are further establishing seamless connectivity across entire North East India by connecting four cities with one flight. This underlines the due importance given to the North-East by the Ministry of Civil Aviation under the leadership of our Prime Minister. The Union Minister also mentioned that under the UDAN scheme, the MoCA had connected cities that previously had no mention on the aviation map of the country.

READ | 'Biharis will settle Kashmir issue if left to us': Ex-Bihar CM Manjhi on J&K killings

Scindia said, "We have already started 60 airports, and 387 routes, out of which 100 routes are awarded in North East alone, and 50 are already operational.  Moreover, in 2014, only six airports were operational in North East, now we have grown to 15 airports in a short span of seven years. Therefore, this further highlights the due importance of the North-Eastern states for this government. In addition to this, under the KRISHI UDAN Yojna, we have identified 16 airports to enhance the export opportunities of the region establishing dual benefits of enhancement of cargo movements and exports.”