Kamal Nath noted that none of the 19 MLAs were present to tender their resignation at the Speaker's residence themselves but were submitted by BJP leaders.

Amid the political chaos brewing in Madhya Pradesh, chief minister Kamal Nath met with Governor Lalji Tandon at Raj Bhavan in Bhopal on Friday morning. During his meeting, Kamal Nath handed over a letter to the Governor alleging horsetrading of MLAs by BJP and requested him to ensure 'release of MLAs held in captivity in Bengaluru'.

In the letter, the Madhya Pradesh chief minister underlined the "immoral, unethical, illegal" acts of the BJP in the state. Accusing the BJP of 'poaching', Kamal Nath raised questions of the 'Constitutional propriety, legislative procedure, and transparency.'  He claimed that the BJP first attempted on March 3 and 4, which was foiled by the Congress using 'allurement and force'. Later, on March 8, he alleged that in a second attempt the BJP whisked away 19 Congress MLAs to a Bengaluru resort in three chartered aircrafts since then those legislators cannot be communicated.

Accentuating on BJP's complicity in the 'conspiracy and illegal' act, Kamal Nath noted that none of the 19 MLAs were present to tender their resignation at the Speaker's residence themselves but were submitted by BJP leaders. In addition, the chief minister welcomed the floor test notified by the Assembly Speaker on March 16. 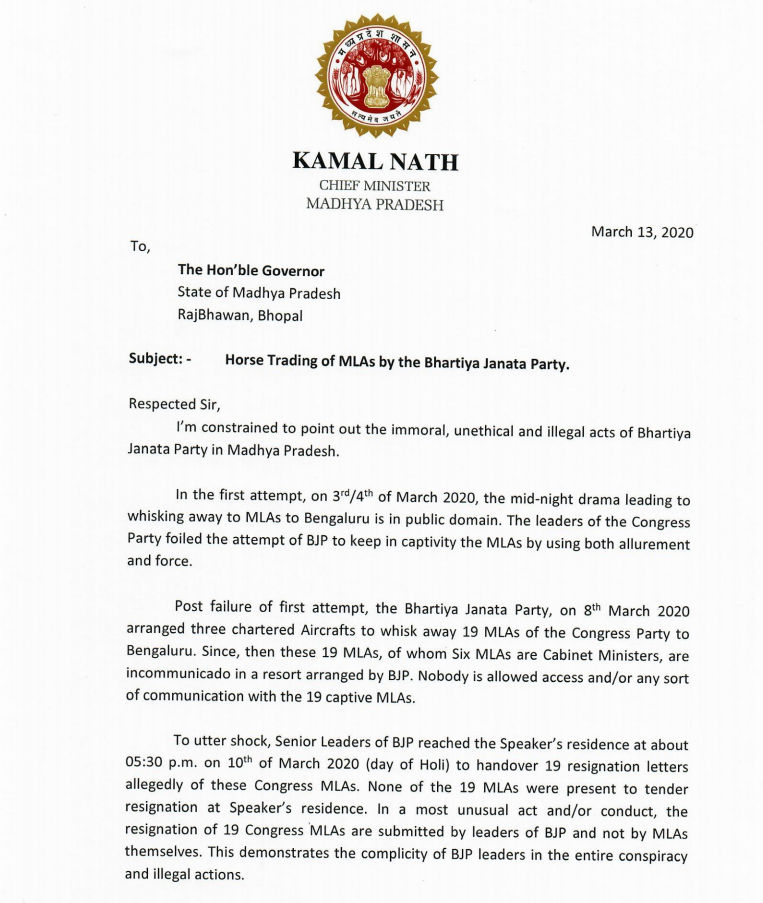 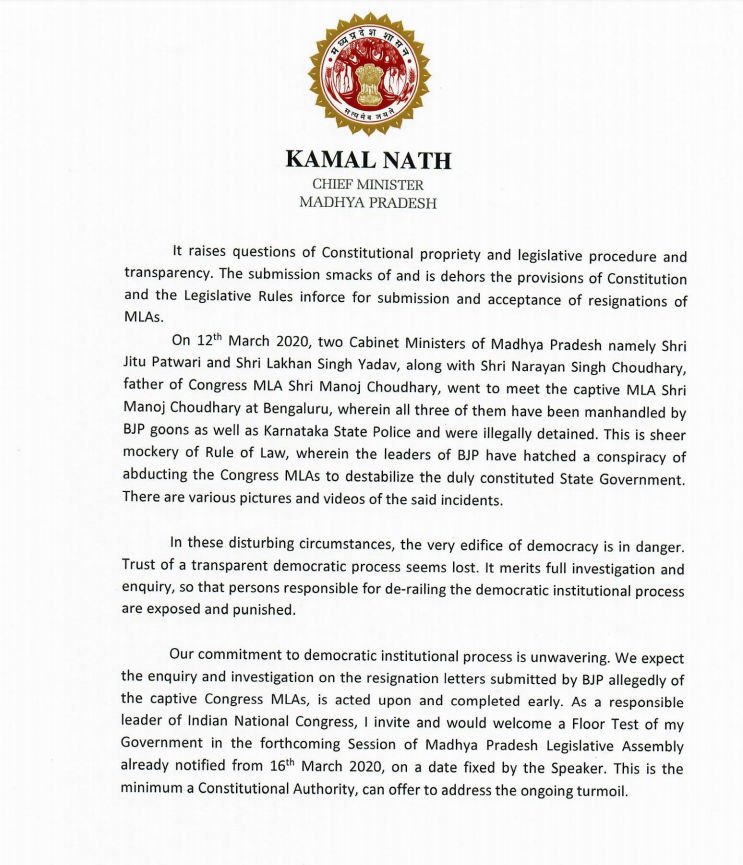 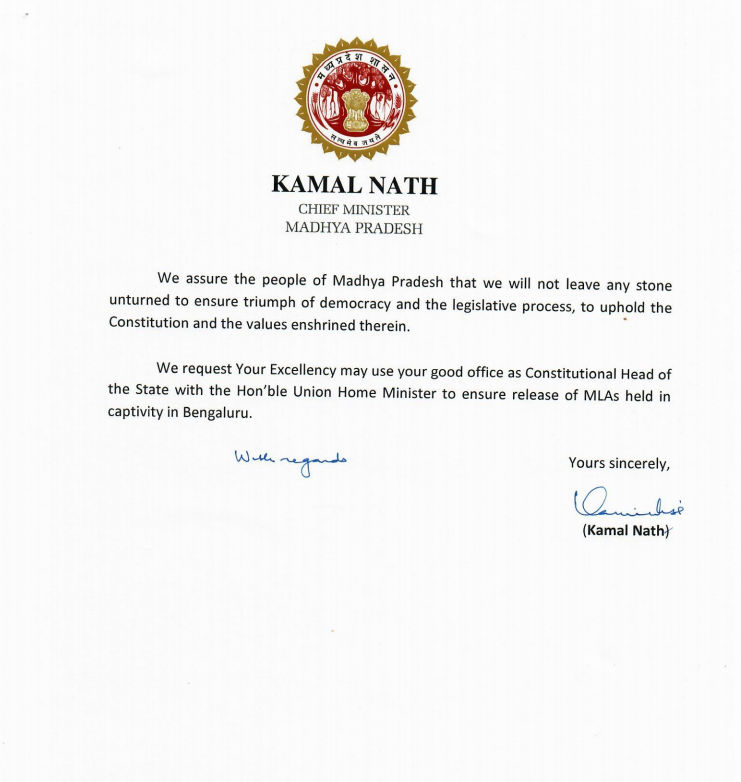 The Congress has a wafer-thin majority in the 228- member Assembly. Before the rebellion, its tally was 114. It also has the support of four Independents, two BSP MLAs and one from the SP, but some may now switch sides to the BJP. If the resignations of the 22 MLAs are accepted, the strength of the Assembly will fall to 206. The Congress, on its own, will then be left with 92 seats, while the BJP has 107 seats with the magic number for a majority being 104.