This is the biggest cash seizure in the history of the CBDT and Customs, the apex body of investigation agency DGGI who is conducting the search. 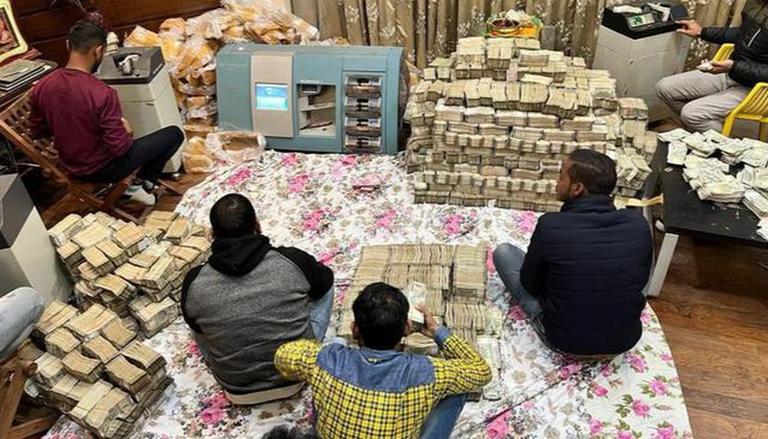 
Perfume businessman Piyush Jain, promotor of Odochem Industries, has been arrested by the Directorate General of GST Intelligence (DGGI). He will be presented in Kanpur court on December 27. His remand will be sought for interrogation from the Central Goods and Services Tax (CGST) court. The total cash allegedly recovered from the perfume trader has reached Rs 187.47 crore. The cash recovered during the searches has been seized under the provisions of Section 67 of the CGST Act.

DGGI recovered Rs 5 crores from Jain's factory in Kannauj. Another Rs 5 crore was found at his residence in Kannauj. By Sunday morning, a recovery of a total of Rs 187.47 crore has been made. The DGGI has also recovered unaccounted raw material and finished products worth crores. Unaccounted sandalwood oil and perfumes worth crores has been seized from Piyush's premises on day one of the searches.

When the DGGI and CGST reached the perfume trader's premises on the first day of searches, he reportedly fled and returned after two hours after several calls by investigating officers. He reportedly came back after receiving advice from his 'associates' and 'lawyers' on what response to give on massive cash recovery.

When asked about the source of money, according to sources, Piyush Jain told officials that he sold 400kg of his ancestral gold. However, when asked to which jeweller or company, no substantial answer was given.

READ | Kanpur: CBIC details recovery of item with GST of 28% plus cess from pan masala company

Meanwhile, after Piyush Jain, four tobacco manufacturers are under the lens of agencies who have financial dealings with the perfume trader. According to sources, the tobacco companies were making payments in cash to Piyush, who in return, was doing tax evasion. Two hawala operators are also under the lens as the recovered cash was properly packed as if it was meant to be delivered to specific people.

'Probe will be on until it reaches logical conclusion'

"We want to know the source of such huge cash. Why such a huge amount of cash was collected, where was this cash supposed to be used, from where this cash case. Was the 143, Anandpuri, Kanpur, where Rs 177.45 crore cash was recovered a collection centre of Perfume sale or it was used for some other purpose. The investigation will be based on until it reaches its logical conclusion," an official told ANI.

Notably, this is the biggest cash seizure in the history of the Central Board of Direct Taxes (CBDT) and Customs, the apex body of investigation agency DGGI who is conducting the search.