In the latest development in the Jammu encounter, a 'Karachi-made' medicine has been discovered from the truck in which four terrorists were travelling

Top sources have informed Republic Media Network that 'Karachi-made' medicines has been found from the Jaish-e-Mohammed terrorist truck that was blown up in the encounter at the Ban toll plaza in Jammu in the early hours of Thursday. According to the visuals accessed by Republic, the medicine has been manufactured in Sector -22, Korangi Industrial area of Karachi. This big revelation in the encounter which took place on Thursday early morning around 5 am between security forces and the terrorists has now confirmed Pakistan's involvement in the terror attack.

Sources also informed Republic that the driver who was ferrying the terrorists is on the run. In a bid to nab the absconding truck driver, Jammu and Kashmir's Police and the Indian Army has launched a massive man-hunt. According to the latest reports, the JeM terrorists were carrying a huge cache of arms and ammunition. Weapons including 11 AK 47 rifles, 29 hand grenade, some pistols, RDF guns and other explosives have been recovered from the truck. 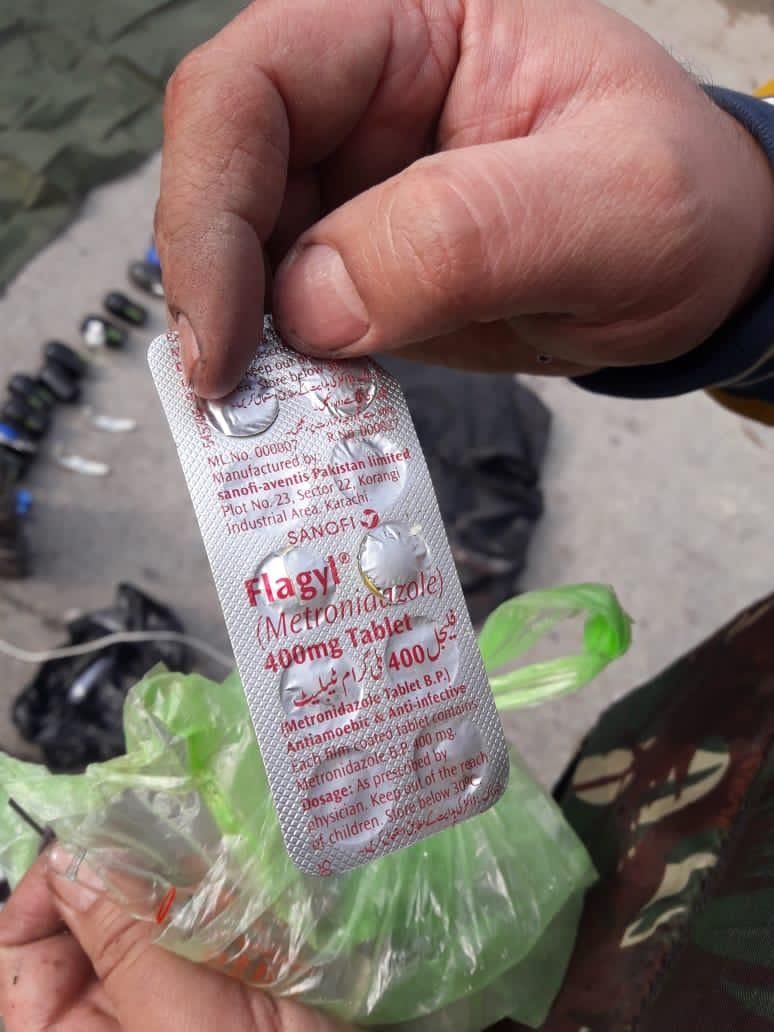 Earlier on Thursday, the J&K's CRPF force along with Indian army in a 4-hour long encounter operation gunned down 4 terrorists. The sources further informed that the infiltrators who entered Indian territory on Wednesday night were heading towards Srinagar on Thursday early morning around 5 am to carry out a major terrorists attack in the Kashmir Valley. J&K DGP Dilbag Singh while speaking to Republic said, 'Terrorists' aim was to destroy the ongoing peaceful democratic process for the upcoming elections.'

Sources told Republic that after the Indian security forces received information about the truck that was trying to enter Kashmir Valley, the forces beefed up the security. Later, when the truck was confronted by the security forces, the terrorists who were travelling in a truck indiscriminately fired upon the security forces and attempted to flee via the forest route. In response to the firing, troops of the Jammu & Kashmir Police, CRPF, Indian Army troops, and other special agencies were deployed to neutralise the terrorists at the earliest.

One of the security forces personnel deployed at the encounter location told Republic said that during the encounter, the forces were being attacked from all the corners, due to which the exact number of the infiltrators cannot be specified. As the encounter had taken place near the residential area, the state's security forces have closed Jammu-Srinagar National Highway.

Earlier, regular inputs were received about possible infiltration attempt from Pakistani terrorists in a bid to disrupt the peace in the region amid the District Development Council polls scheduled for November 2020. This encounter is the third one of its kind to break out in the area in the last two years. The first encounter took place in the region on 13 September 2018 and 3 Jaish terrorists were shot down at the time. Later on 31 January 2020, the second encounter took place during which 3 Jaish terrorists were killed by the security forces.