Karnataka CM Bommai Does Away Zero Traffic Privilege, Gets Signal-free Movement Instead

Chief Minister Bommai along with his ministers was earlier experiencing the zero traffic privilege to avoid traffic congestion during their travel in the city. 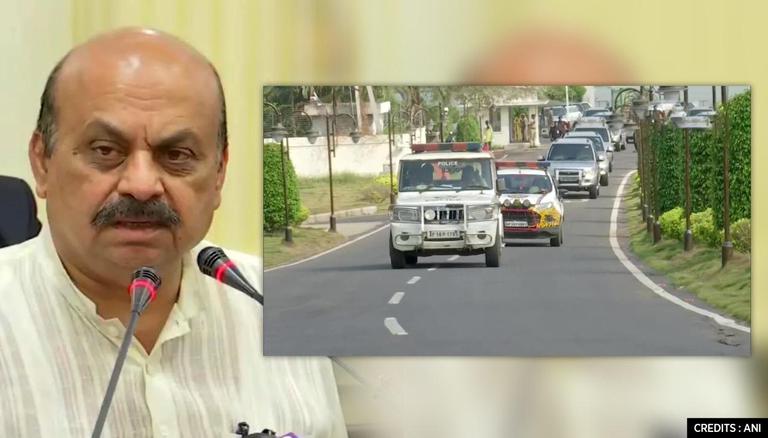 
Karnataka Chief Minister Basavaraj S Bommai has asked the police not to imply the ‘Zero traffic privilege’ to his motorcade or convoy during his city travel. The CM considered himself a common man and wanted to avoid inconvenience to other motorists plying on the roads in the city. According to the ‘zero traffic’ facility, the citizens are made to wait as the police stop all vehicular movement for VIPs.

The Chief Minister along with his ministers were earlier experiencing the zero traffic privilege to avoid traffic congestion during their travel in the city. However, to break away with this rule, Karnataka CM Bommai decided to not imply zero traffic on his travel while enabling smooth vehicular movement for motorists.

CM Bommai’s decision to avert the privilege comes days after he said no to receiving a guard of honour (ceremonial welcome) in public places. Earlier in the week, he directed doing away with the practice of giving gifts and memorabilia during government programmes. He had said that as an alternative, Kannada books could be presented.

Rather than ‘zero traffic’, CM Bommai to have ‘signal-free movement’

As per an official statement released by the Chief Minister’s Office, CM Bommai ordered to not provide him ‘zero traffic’ for his city travel in Bengaluru. Joint Commissioner of Traffic, Bengaluru, B R Ravikanthe Gowda said that since the CM had expressed his desire not to have any special privileges, an order was issued in this regard. The Director-General and Inspector General of Police subsequently issued a circular not to give a guard of honour to VIPs at public places.

Eventually, the Bengaluru Traffic Police has issued an order stating that the signals will be free (green light) when ministers are travelling while allowing ambulances to move during their travel. Earlier, Karnataka Home Minister, Araga Jnanendra had also denied the zero traffic system rule for himself.

On Saturday, a senior police officer from North Division (Traffic) said that the traffic control room informed policemen on duty that zero traffic for the CM's convoy is not in force henceforth. Traffic support for the convoy should however be extended from signal to signal. The police officer added that the CM has sought the cancellation of zero traffic movement from his house at RT Nagar and during his routine official visits as well.