A huge controversy erupted in Karnataka after IAS officer V Yashavantha was manhandled allegedly by the aide of BJP legislator Satish Reddy on April 30. 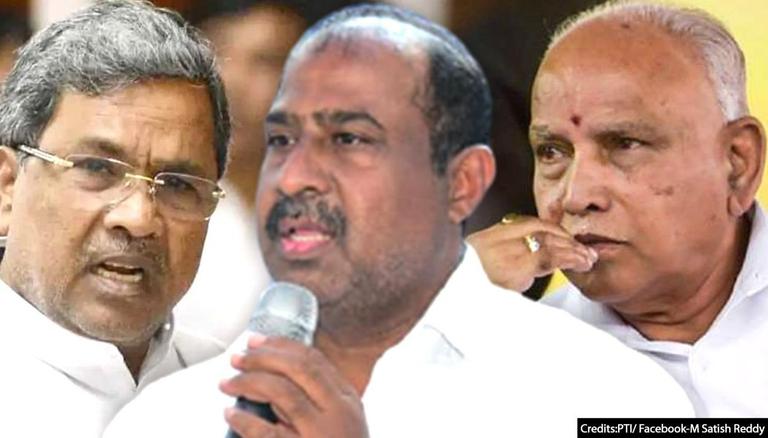 
A huge controversy erupted in Karnataka after IAS officer V Yashavantha was manhandled allegedly by the aide of BJP MLA Satish Reddy on April 30. This incident took place in the Bommanahalli War Room when Yashavantha refused to yield additional beds to the representatives of the aforesaid legislator. While Reddy's aide reportedly pushed him many times, other people screamed at him accusing the Bruhat Bengaluru Mahanagara Palike of not giving enough beds for the Bommanahalli zone. The IAS officer was involved in obtaining beds from private hospitals for COVID-19 treatment in accordance with the law.

Expressing great displeasure over the incident, the IAS Officers' Association, Karnataka demanded an FIR against the guilty individuals. In a memorandum addressed to Karnataka CM BS Yediyurappa, it stressed, "In the face of unprecedented challenges, IAS officers in Karnataka have been working tirelessly and with utmost commitment to discharge their duties and tackle the fallout of the COVID-19 pandemic. At such a time and when people from Karnataka are suffering utmost hardship during the pandemic, it is not right to behave in an inappropriate and rude manner with officers. More so, it is unacceptable to manhandle an officer who is discharging his duty without fear or favour."

The opposition also reacted sharply to this incident. For instance, ex-Karnataka CM Siddaramaiah called for the arrest of BJP MLA Satish Reddy and his aides for disrupting the functioning of the Bommanahalli War room. Asserting that any person who attacks COVID warriors can be jailed for 7 years, he claimed that Reddy and others can be charged under this provision. Moreover, he added, "Atrocities by BJP MLAs, MPs and supporters are not limited to South zone. An investigation has to be conducted".

While hotels, pubs and bars will remain closed during this period, all eateries, meat shops and vegetable shops can operate from 6-10 am. Maintaining that the lockdown is temporary, he urged migrant workers to not leave Karnataka. The stricter curbs come in the wake of the death toll and the increasing number of cases in the state.