In a shocking incident in Karnataka, a group of students assaulted their teacher, put a dustbin on his head, and posted a video of the act on social media. 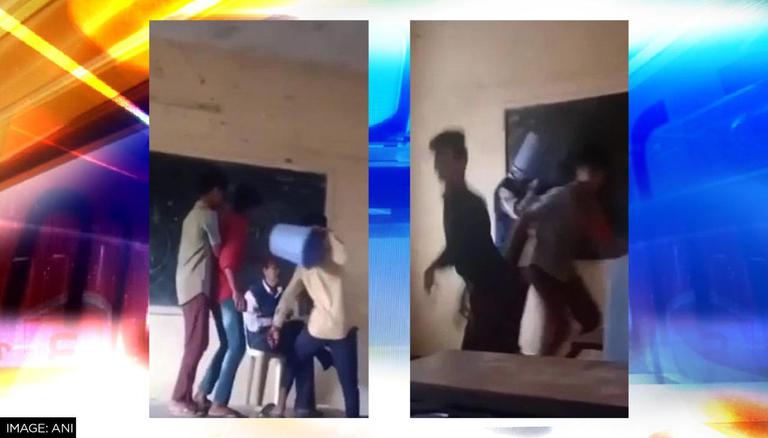 
In a shocking incident in Karnataka's Davanagere district, a group of students assaulted their teacher, put a dustbin on his head, and posted a video of the act on social media. The state Education Ministry ordered a probe into the incident after the social media video went viral.

The incident reportedly took place at a government high school in Nallur's Channagiri town in Karnataka's Davanagere district on December 3. A group of students of the school shot a video where they can be seen attempting to assault a teacher and then placing a dustbin on his head when the class begins.

Responding to the incident, Minister of Primary and Secondary Education BC Nagesh said in a tweet, "Assault on the teacher by students at a school in Channagiri taluk of Davanagere district cannot be tolerated. Education Department and police are probing the matter and have been instructed to take appropriate action."

According to reports, the teacher had spotted 'gutka' packets on the classroom floor following which he reprimanded the students to maintain discipline. Later, the students attacked the teacher and started misbehaving with him.

The 59-year old teacher avoided registering a complaint initially, considering the future of the students. But, the state Education Ministry took note of the incident and filed a police complaint against the Class 10 students. The police have now booked four students in connection to the act.