Earlier on May 26, the then Karnataka CM, BS Yediyurappa led Karnataka government had formally declared a 13-member task force of medical specialists. 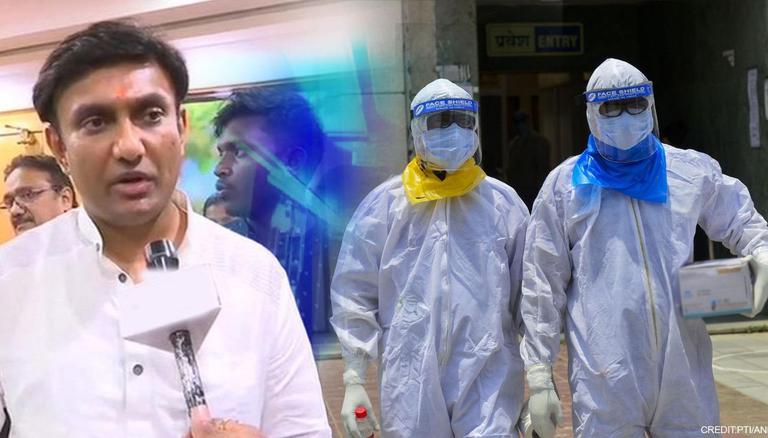 
Amid fear of COVID third wave, the Karnataka Health Minister, K Sudhakar, informed on Monday that health practitioners and private nursing homes in the state had formed a committee to combat a possible third wave. The Health Minister said that the panel had presented him with a report of the same. "I have thanked them for the report and will discuss it with my technical committee members. We'll try to implement their valuable suggestions if we have not taken those points into consideration. We want to prevent the third wave," Sudhakar said.

The Private Hospitals and Nursing Homes Association (PHANA) in Karnataka incorporates more than 500 member hospitals tackling the COVID pandemic in Bengaluru, including 6,000 hospitals across the state. The association has also been a respondent to the 'state’s response to the pandemic in the Karnataka High Court.

As per sources, the PHANA expert panel, with its set of guidelines spotlighting the readiness of 500 such hospitals in the city, have already presented it to the Health Minister on Monday. The report, among others, highlights issues on readiness to the third wave, particularly concerning the paediatric ICUs and training frontline workers.

Earlier on May 26, the then Karnataka CM, BS Yediyurappa led Karnataka government had formally declared a 13-member task force of medical specialists, led by well-known cardiac specialist Devi Prasad Shetty, to prepare a set of guidelines to control the possible third wave of the pandemic efficiently. The Karnataka Chief Minister had already slated the name of surgeon Shetty's name on May 14, after the Karnataka High Court had directed the administration to submit its policies to handle the spread of the virus in the state. The top-notch medical council took the help of statistical representations of the previous waves of the COVID pandemic. The panel had then predicted the best model to be used, the worst and the moderate among the representations depending on the severity of the harmfulness of the virus and its ability to transmit. Following the set of guidelines, the committee had listed a district-wise requirement for necessary health care facilities.

On Thursday, Karnataka Chief Minister Basavaraj Bommai informed that the Centre has agreed to increase the monthly supply of COVID-19 vaccines to the state. "The Union minister has assured to supply more vaccines. This would help in our target of vaccinating 5 lakh people daily," the CM told reporters after meeting several union ministers in Delhi in the last two days.