Over 700 eminent Kashmiri Pandits write a joint statement on Thursday, backing the abrogation of provisions of Article 370 in Jammu and Kashmir by PM Modi gover

The memorandum has been signed by over 700 top Kashmiri Pandits, which also include Padma Shri awardees, vice-chancellors, academicians and doctors, across the world. They have backed the abrogation of provisions of Article 370 and reorganization of Jammu and Kashmir, carried out by PM Modi government. Speaking in the matter, Agnishekhar said that Panun Kashmir was batting strongly for a Union Territory for the Kashmiri Pandits and the demand has been finally met.

"It was an outcome of the struggle of Panun Kashmir for last 30 years. We welcome the decision of the PM Modi government," Agnishekhar said. 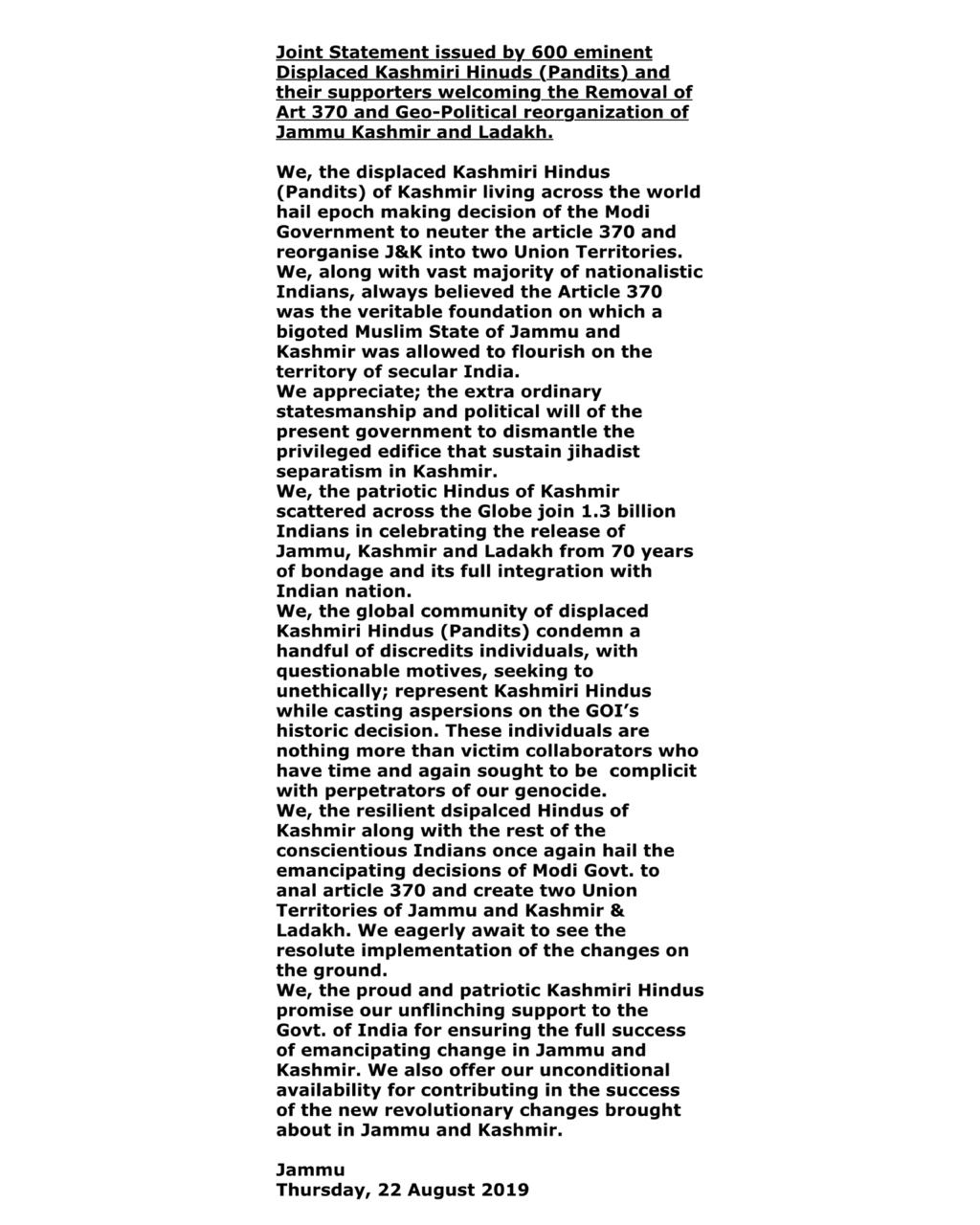 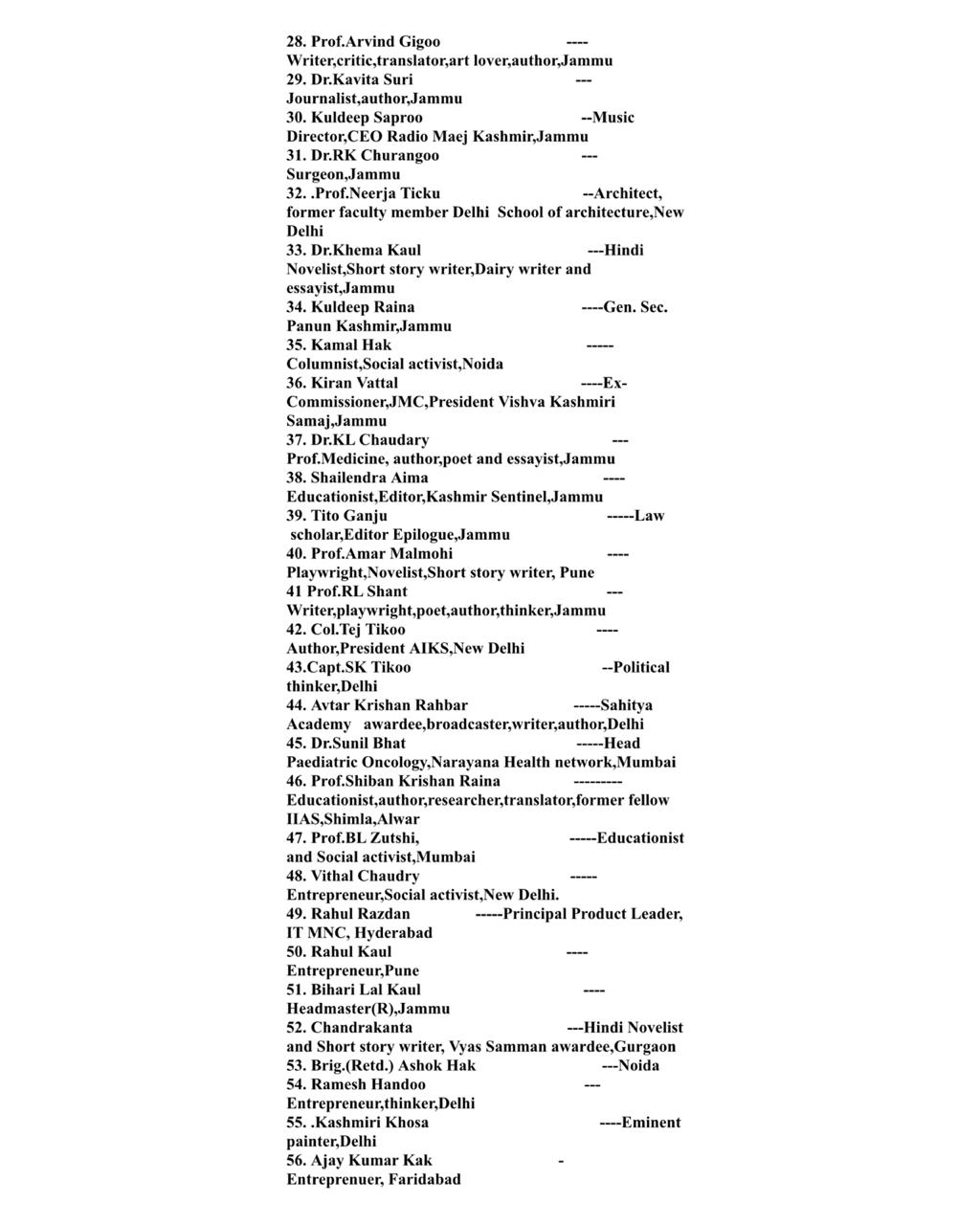 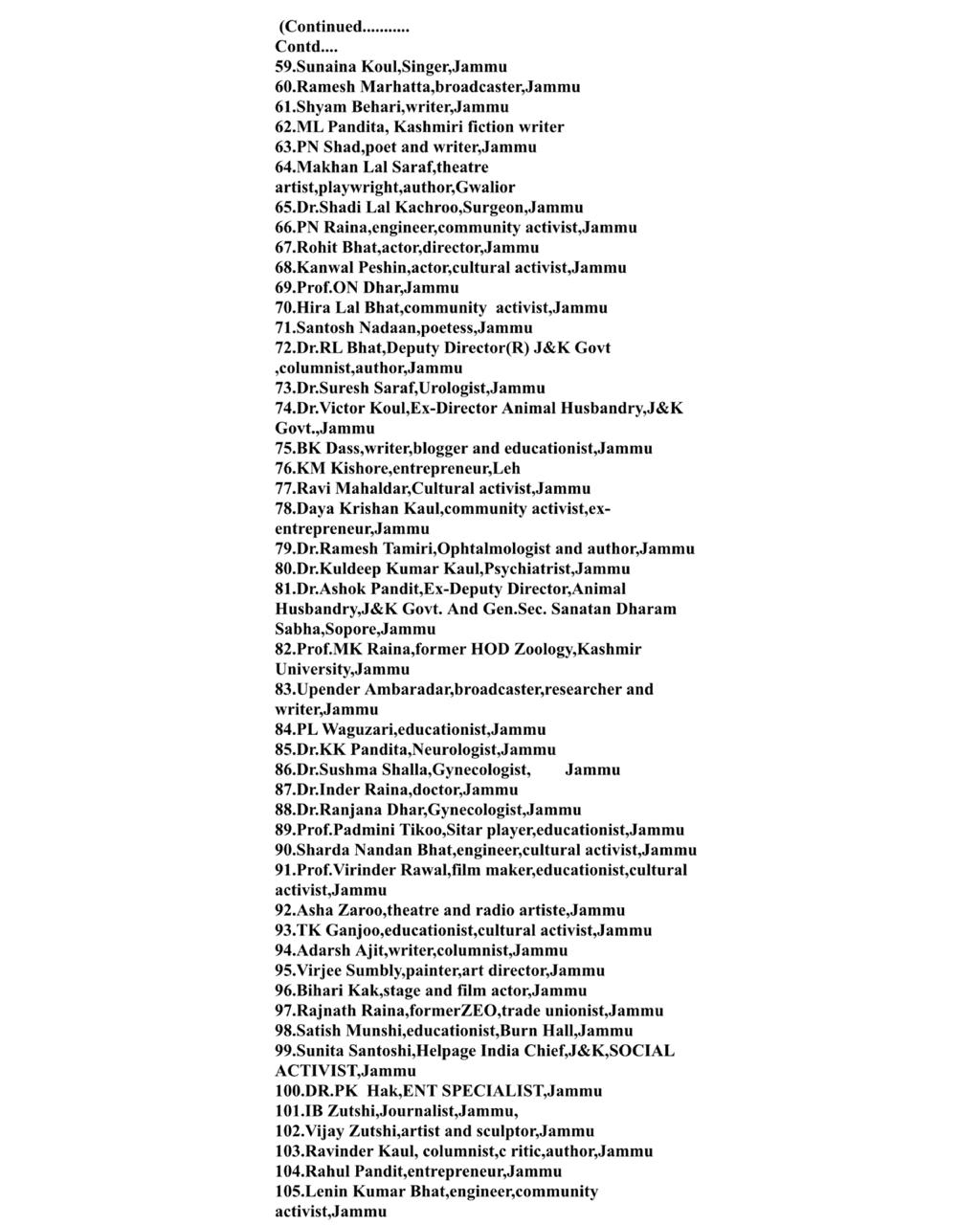 The PM Modi government on August 5 revoked Article 370 which gave special status to Jammu and Kashmir. Both the uLok Sabha and Rajya Sabha passed the resolution abrogating Article 370 for J&K and a bill to bifurcate the state into two union territories - Jammu and Kashmir and Ladakh, with Home Minister Amit Shah saying the controversial provisions were responsible for poverty and lack of development in the state. Ministry of External Affairs also briefed the envoys of the P5 nations -- the US, the UK, China, France and Russia -- about Indian government's decision to scrap Article 370 and bifurcate the state into two union territories.