Jammu & Kashmir Freedom Fighters (JKFF) has claimed responsibility for the Katra bus blast, which left 4 pilgrims dead on May 13. 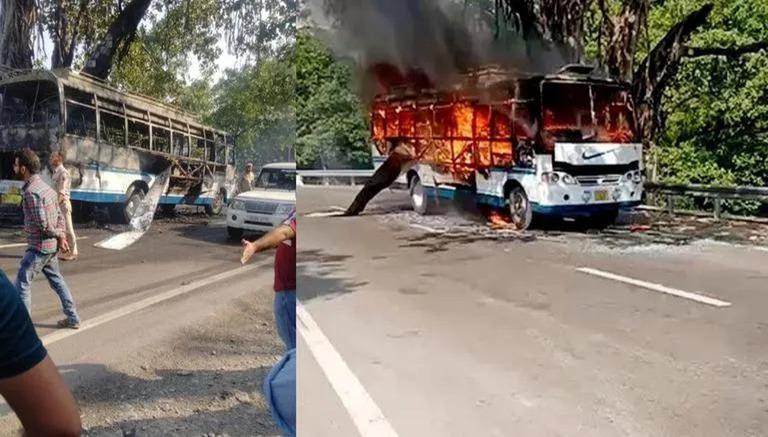 
Jammu & Kashmir Freedom Fighters (JKFF) has claimed responsibility for the Katra bus blast, which left 4 pilgrims dead on May 13. In a 46-second video, JKFF Commander Nadeem Chaudhary has not only claimed a hand of the terror outfit in the attack but has also warned of more such attacks in the coming days.

It is pertinent to mention that intelligence agencies suspect that this is an attempt by Pakistan to give terror attacks in J&K a 'local colour'. The Jammu & Kashmir Police, as well as intelligence agencies, have found that the purported threat video has originated from Islamabad. The IP address of the person, who first uploaded this video, has given away this information.

On May 13, a bus full of pilgrims headed from Katra to Jammu caught fire near Kharmal. At least 4 people were reported dead and 22 others were injured. ADGP Jammu stated that as per preliminary information, the bus caught fire from the engine area which soon engulfed the entire vehicle. Katra is the base camp for the pilgrims visiting the Vaishno Devi shrine.

Shortly after, a terror angle emerged in the fire incident. A sticky bomb was used for the explosion in the vehicle, sources revealed. This was unearthed after the Explosive Expert Unit of the National Investigation Agency (NIA) went to the spot and carried out an investigation for nearly 2 hours. The Unit led by a senior explosive expert collected various samples from the site where the blast took place.  The experts were sent to study the nature of the blast that occurred in the bus after which it caught fire.

Earlier in an exclusive conversation with Republic TV, the victims had narrated the incident. One victim, Shiv Chauhan, resident of Uttar Pradesh Ghazipur said, "Me and my wife, as well as one of my children, were on the seat behind. I was in light sleep when a blast took place. I woke up to it, it was all burning."

Another victim, Kajal from Jammu's Gorkhanagar said, "5-10 minutes after leaving from Katra, the blast took place near Shani Dev Temple. I jumped off from the running vehicle, many people were injured during it. Doctors helped us to get here in Ambulance."