Delhi's AAP Govt decided to form a special task force to protect children from the third wave of COVID-19 after a meeting was conducted between officials. 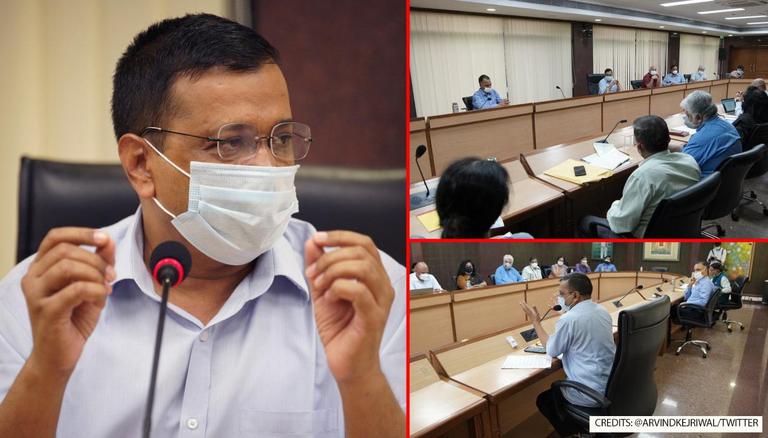 
Delhi Chief Minister Arvind Kejriwal on Wednesday said that to protect children from the possible third wave of COVID-19, his government has decided to form a special task force. The decision was announced by the Chief Minister after a meeting with officials conducted on Tuesday. The special task force will be responsible to ensure better management of adequate beds, oxygen, and essential medicines for children.

The Chief Minister also added that preparations are needed in advance to fight it.

"If the third wave of COVID comes, then we have to be prepared in advance to fight it. In a meeting with the officials, today took some important decisions," added Delhi Chief Minister Arvind Kejriwal.

This announcement from the Chief Minister comes after he stirred a controversy claiming that a new variant of the virus from Singapore is dangerous for children. However, Singapore officials have denied the claims and expressed sharp criticism against CM Kejriwal's remark.

There have been several reports of the third way which is "bound to happen" that might affect children severely. One of India's top pediatrician, Dr. J Raj Kumar from Global Hospitals, Chennai explained that in the first wave adults were seen getting infected while in the second wave reports of infection in more young people came out, so in the third wave, there is a possibility that children will get disturbed. A vaccine is also expected to come out soon for children as DCGI approved phase 2 and phase 3 trials of Covaxin on citizens below the age of 18.

Kejriwal had asked Centre to cancel flights from Singapore claiming country's "new variant" which is extremely harmful to children however the foreign country's officials quash the claims stating it is the same COVID-19 variant that was first found in India. On Thursday, India's foreign ministry had to intervene in the matter and clarified that Arvind Kejriwal did not speak on a national level.