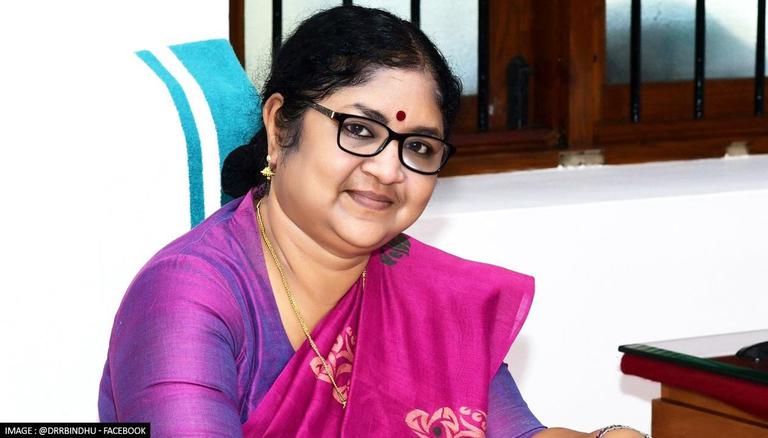 
Kerala Higher Education Minister R Bindu on Friday attested that the practice of imposing sari on teachers was not favourable to the state's progressive attitude. Bindu was recalling a conversation with a young lecturer a few days ago who had shared a negative experience at an educational institute at Kodungallur. The claims were such that though the young lecturer had necessary qualifications, the staff had put forward a condition that if the teacher wanted to continue working at the institution, then she had to adhere to wearing a saree each day.

Happened to talk to a young lecturer a few days ago. She was telling me about an experience she had at an edu institute in Kodungallur about a month ago. Though she has the necessary qualifications, the staff apparently put forward a condition that she had to wear a sari...

While speaking on that Bindu clarified that choice of dressing was an entirely personal matter and no one had the right to criticise or interfere in someone else's choices.

The Higher Education department on Friday issued a letter to the state government in this regard after receiving a plethora of complaints from teachers. Most of such complaints were regarding the maintenance of dress codes in several institutions of the state, which continued to practice such stringent policing. Bindu, while speaking on the same wrote, "The government has already made clear its stance in this regard multiple times. Teachers have every right to dress as per their comfort in Kerala regardless of the kind of institutes they work at. This practice of imposing sari on our teachers is not conducive to Kerala's progressive attitude."

State Education Minister R Bindu, while stressing upon the matter in a series of Tweets, recalled that she used to wear churidars on a daily basis while working as a professor at the Kerala Varma College in Thrissur. She added "While a teacher has several responsibilities, adhering to such outdated and obsolete ideas is not one of them. One's choice of dressing is an entirely personal matter. No one has the right to criticise or interfere in another's sartorial choices," she said.

Stating the same, Bindu went on to claim that the Higher Education Department had issued another circular regarding the same concern to the Kerala government. Take a look at the fresh circular below.

Though the govt had already issued a circular dated 09-05-2014 clarifying this, it has become clear that several institutions in the state continue to practice such policing. Hence, the Higher Edu Dept is issuing another circular to this effect.#DressCode #WomensRights pic.twitter.com/alIzxfXO4w