Veena George has stated that the Kerala government will do everything possible to locate the missing child of CPI (M) leader's daughter Anupama S Chandran. 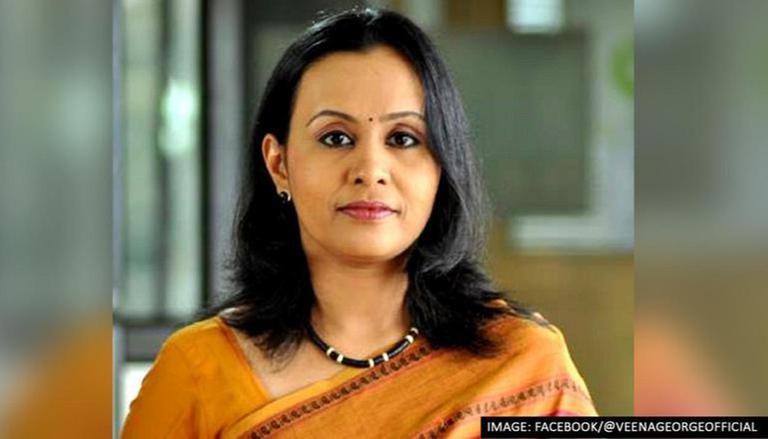 
In the recent update to accusations of forcibly taking away of a baby of the daughter of a ruling Communist Party of India (Marxist) or CPI (M) leader, in disapproval of her relationship with her Dalit husband, Kerala Health Minister Veena George on Saturday, October 23, has ordered a probe concerning the issue. George has stated that the Kerala government will do everything possible to locate the baby of Anupama S Chandran.

Veena George told ANI, "I have asked the Principal Secretary to submit a detailed report. The procedure will be under the supervision of the family court".

She further added that the adoption agency has filed a petition before the court, after consulting legal experts. The government has tried to inform the court about the current update on the matter through the petition.

While CPI-M has extended support to Chandran as a CPI-M district secretary, Anavoor Nagappan, informed that the party will stand by Chandran to help her locate the baby. But 23-year-old Chandran stated that being aware o the situation, the party did not do anything. In addition, she said that she doesn't expect any justice from the party as it has been reacting since the matter has hit headlines.

Responding to the matters, Chandran's father, PS Jayachandran, has stated that the baby was sent to the government-run children's home of Thiruvananthapuram as the baby was born out of wedlock. He added that the decision was implemented with his daughter’s consent. Chandran said that his daughter signed on stamp paper while the daughter claimed she did so as she was threatened.

While Anupama said that her father is trying to mislead the investigation as he had earlier informed the baby was shifted to Tamil Nadu state and later said the child is in the children's home of Thiruvananthapuram. As per Chandran's allegations, the three-day-old baby was separated from her in October 2020.

Opposition parties including Bharatiya Janata Party (BJP) and Congress have demanded a probe in connection to the missing child case. Congress leader VD Satheesan has expressed his distress on the issue and said the CPI (M) is still clinging to technicalities though the issue has shocked the conscience of the state.