Kerala Governor Arif Mohammed Khan held a day-long hunger strike on Wednesday against dowry. People across spectrum applauded him for his 'Gandhian' initiative 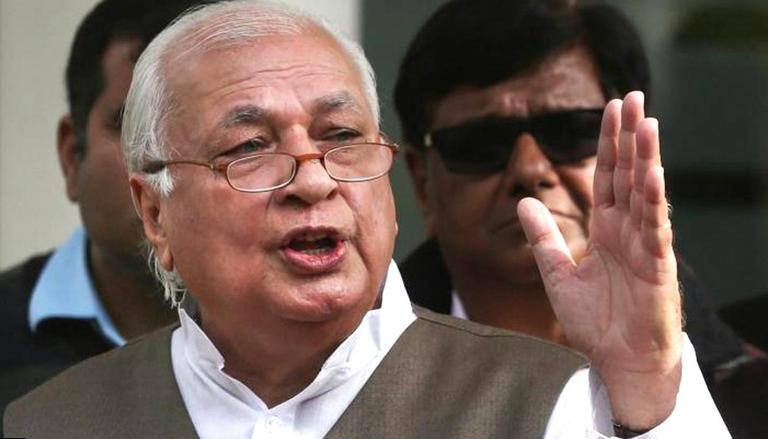 
For the first time in the history of Kerala, Governor Arif Mohammed Khan on Wednesday held a day-long hunger strike against dowry. Governor Arif Mohammad Khan had joined the initiative of a group who were spreading awareness against dowry in the state. After meeting them, the Kerala Governor decided to join hands with them to create social awareness against the practice of dowry and end atrocities against women.

Governor Khan had held the hunger strike from 8 am to 6 pm at his residence in Raj Bhawan. After breaking his fast, the Kerala Governor thanked everyone who had appreciated him and said, “Everybody must join hands. I am so grateful to everyone who responded to my appeal. The moment I came to know, I said I will join the fast.”

Many ministers across political parties supported his initiative and appreciated him. Talking about the same he added, “Since morning, I have received calls from state ministers, former Governor and Smt. Tara Bhattacharya Ji, Granddaughter of Gandhiji. and many others”.

Governor Arif Mohammad Khan also proposed to write a letter to all public representatives, to propagate the issue and made an appeal to senior ladies to understand the issue with more gravity. He said, “ I propose to write a letter to all public representatives requesting them that when they receive any invitation for any marriage, they should check whether any exchange of dowry is happening in that marriage. I appeal to the senior ladies to also think about it. because they are the ones who exert the maximum pressure for dowry. Just know that if you are a boy's mother, you would have been a daughter's mother as well.”

BJP leader V Muraleedharan took to Facebook to hail the Kerala Governor for his actions and launched an attack on the CM Pinarayi Vijayan-led LDF government in Kerala.

"Greetings to the Governor who is observing a fast seeking to ensure the safety of women and girls of Kerala," BJP's V Muraleedharan wrote on Facebook.

He also hailed Khan for taking up such a cause and said it may be a 'rare episode' in the administrative history of the country.

On the other hand, Kerala Pradesh Congress Committee President K Sudhakaran claimed that the failure of the state government to ensure the safety and security of people was one of the reasons why the Governor was sitting on a fast. "The circumstance in Kerala now is that even the Governor is staging a Gandhian way of protest. The state government cannot backtrack from its responsibility," the Kannur MP said to PTI.

Earlier, In a video message issued last evening, Khan said dowry is a "grave injustice and ignominy to the dignity of women" whose contributions to Kerala's growth are widely acknowledged.