The Kerala Tourism Department has recently launched an 'in-car dining' concept to boost tourism and also to meet the challenges of the COVID-19 pandemic. 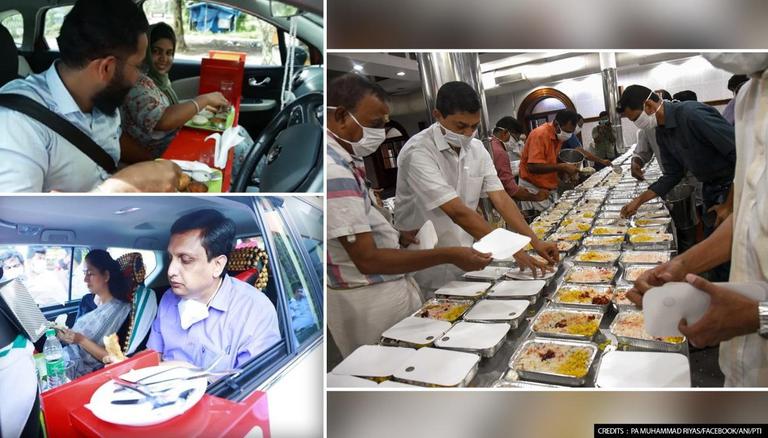 
In an interesting development, the Kerala Tourism Department has launched 'in-car dining' to boost tourism and also to meet the challenges of COVID-19, so that tourists coming to the state will now be able to savour local cuisine while sitting in their cars. The restaurants which are run by Kerala Tourism Development Corporation (KTDC) across the state will cater to tourists with in-car dining.

Kerala Tourism Minister PA Mohammed Riyas himself had his favourite dishes sitting inside his car to experience the in-car dining concept. Kayamkulam MLA U Pratibha also joined the minister during the launch of the project.

Riyas said, "The in-car dining is a project designed to give a boost to Kerala tourism sector hit badly by COVID-19. To revive we are launching this project by which tourists coming to Kerala will be able to use this service. Amid the COVID-19 pandemic, instead of dining inside a restaurant and mingling with the crowd, such a project will also ensure safety."

The Tourism Minister also said the state has initiated a project in which a new destination will be identified in every Panchayat. There are also projects in the pipeline to develop new heritage and pilgrim tourism destinations to attract maximum domestic travellers.

The concept came after tourism incurred losses due to COVID-19. To overcome the crisis, the Kerala government also has mooted the idea of complete vaccinated tourism and also to find new tourism destinations.

With COVID-19 cases not witnessing the expected decline, the Kerala government on Tuesday decided to extend lockdown restrictions for one more week. Briefing the media after the Covid review meeting, Chief Minister Pinarayi Vijayan said it has been decided to make small changes in the classification of areas according to the spread of the disease. The LSG bodies have been reclassified on the basis of the average Test Positivity Rate (TPR) for the last seven days.