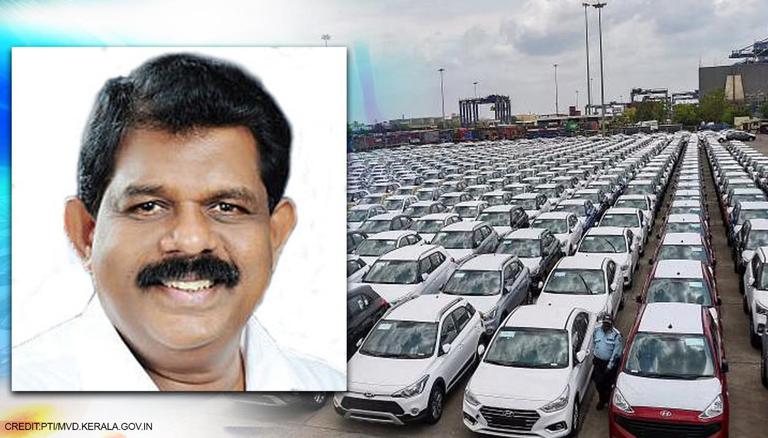 
Kerala Transport Minister Antony Raju on Saturday, August 14, criticised the Central government's National Automobile Scrappage Policy, calling it impractical and unscientific. He also alleged that the new policy will benefit private automobile companies. In a Facebook post, Raju said that it is impractical to follow the scrappage policy that says commercial vehicles in service for more than 15 years cannot run on roads. He suggested that if pollution is the problem, measures should be taken to shift vehicles to green fuel.

He also suggested that instead of age, the mileage of the vehicle should be taken into consideration. “There are many vehicles which may be over 15-years-old but have not covered that many kilometres. For example, school and college buses that run only in the mornings and evenings and don’t ply on weekends and vacations,” he said.

"As of now private vehicles can only be as old as 20 years and commercial vehicles 15 years. But the policymakers should remember that the common person cannot spend a lot of money every few years on a new vehicle. This policy will destroy the common person's dream to own a vehicle," Minister Antony wrote, urging the government to immediately re-examine the policy.

Kerala minister went on to claim that the new policy is designed to protect the interests of major automobile manufacturers.

The vehicle scrapping policy launched by Prime Minister Narendra Modi on Friday seeks to phase out unfit and polluting vehicles. As per the policy, commercial vehicles older than 15 years and passenger vehicles older than 20 years would be scrapped if they fail the fitness test, said PM Modi.

The policy aims to scrap unfit vehicles by creating an infrastructure for automated testing of vehicles that have passed the registration period. According to the government, the owner of the vehicle will get several benefits for scrapping unfit vehicles. On the new vehicle, one can avail of road tax concession up to 25 per cent along with discounts and waiver of the registration fee.