Decks have been cleared for former Jalandhar Bishop Franco Mulakkal's return to the pastoral duties, as the Vatican has accepted a Kerala court's decision. 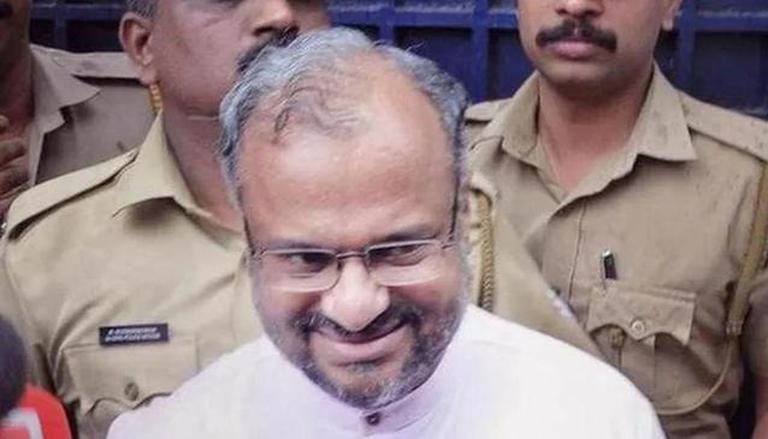 
Decks have been cleared for former Jalandhar Bishop Franco Mulakkal's return to the pastoral duties as the Vatican has accepted a Kerala court's decision, acquitting him of rape charges by a nun, a church source said on Sunday. According to the source, during his visit to the Jalandhar diocese, Archbishop Leopoldo Girelli, the apostolic nuncio to India and Nepal, informed the priests of the north Indian diocese that the Vatican has accepted the court's decision on Bishop Franco.

The Apostolic nuncio informed this, in response to a query regarding the delay in the Vatican accepting the Indian court's decision on rape charges against Bishop Franco. Asked whether Bishop Franco would return to the Jalandhar diocese to serve as its Bishop, the source said that since the Bishop is directly under the command of the Pope, the authority of fixing his responsibilities rests with the "Holy Sea" itself.

A complaint was filed by a nun wherein she alleged that she was raped 13 times by Mulakkal between 2014 and 2016 when he was a bishop in the Missionaries of Jesus, Jalandhar diocese. The complaint was filed on 27 June 2018, with Franco Mulakkal booked under seven IPC sections including rape. The trial in the case began in November 2019. After three long years, it was finally completed on Monday, 10 January 2022. As the prosecution failed to produce evidence against the accused, G Gopakumar, judge of the Additional District and Sessions Court I, Kottayam, acquitted the Bishop.

After the verdict, a visibly relieved and emotional Mulakkal, who was also present in the court, burst into tears, hugged his followers and lawyers, sharing his joy over the verdict. "Daivathinu Sthuthi (praise the Lord)," Mulakkal said when reporters repeatedly sought his reaction.

However, in March, the victim nun, as well as the Kerala government moved the high court, challenging the bishop’s acquittal.