Three Pakistani Jaish-e-Mohammed terrorists were neutralised on Wednesday. Incriminating materials, a huge cache of arms and ammunition and IEDs were recovered. 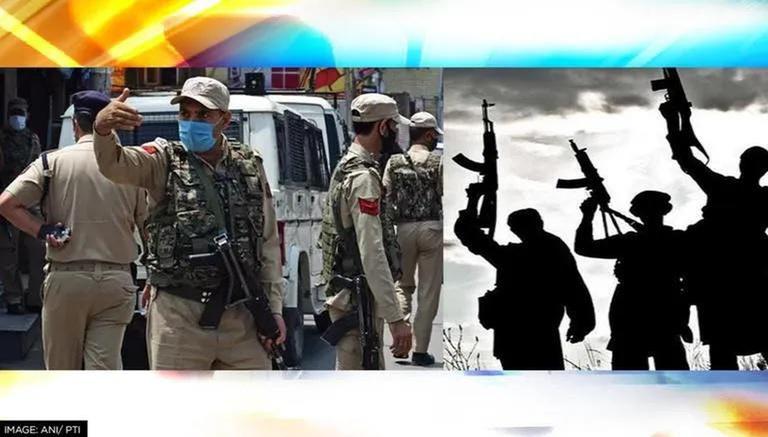 
In a major crackdown on terrorism, Jammu and Kashmir Police along with Army on Wednesday neutralized three Pakistani Jaish-e-Mohammed (JeM) terrorists. The encounter marks the aversion of threat to the Amarnath Yatra as security forces recovered incriminating materials, a huge cache of arms and ammunition and IEDs from the gunned down terrorists. One police personnel was martyred in the encounter.

The J&K police along with the Army on Wednesday acted on information received from joint special terrorist checkpoints and established joint special checkpoints in the Kreeri area of Baramulla. The checkpoints were set at many places including near Shrakwara-Najibhat Crossing as part of the Kreeri Operation by the Police and Army(52RR). Following this, a shootout took place between terrorists travelling in a Silver Color Santro Car.

Three Pakistani terrorists were killed in the gunfight. The neutralised terrorists were identified as Ali Bhai, Hanief Bhai and Shah Wali, all part of the terror outfit JeM. It is pertinent to note that the terrorists were active in the Pattan-Kreeri axis and were being tracked by security forces. Incriminating materials, a huge cache of arms and ammunition and IEDs including 03 AK-47 Rifles, 15 AK-47 Magazines, 344 AK-rounds, 05 Chinese grenades, 03 IEDs were recovered from the site of the encounter. Further probe into the matter is now underway.

The J&K Police on Wednesday paid final tributes to an officer, who lost his life in the encounter with terrorists in Baramulla. Talking to media persons at a wreath-laying ceremony at District Police Line Baramulla, IGP Kashmir Shri Vijay Kumar termed the killing of the foreign terrorists as a big success. The IGP congratulated the joint forces and said that the forces have so far eliminated 22 foreign terrorists this year across the valley. Referring to the terror incident at Soura in which a cop was killed, while his daughter was injured, IGP Kashmir said that the two local terrorists of proscribed terrorist outfit LeT (TRF) involved in the incident have been identified as Adil resident of Ganderbal and a newly recruited terrorist Aquib of chadoora Budgam.

Earlier on Sunday, The Resistance Front, an offshoot of militant organisation Lashkar-e-Taiba, threatened to attack the Amarnath Yatra. Ahead of the start of the Yatra, the terror group issued a warning and said that the pilgrims will be attacked. Ahead of the summer months pilgrimage, the outfit said that the matter has become their “concern” as “religious institutions are being used against Kashmir struggle”. Following this, Deputy Inspector General of Police, North Kashmir Range (NKR), Baramulla, Udayabhaskar Billa, along with SSP Bandipora Mohammad Zahid visited Transit Camp Shadipora Sumbal and reviewed the security arrangements at the site.