In the Shri Krishna Janmabhoomi-Shahi Idgah Mosque dispute case, the trial will begin on May 26 in Mathura District Court in presence of both the parties. 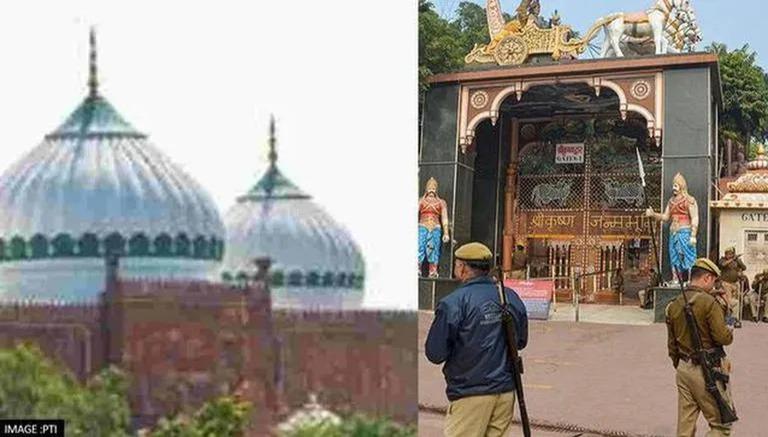 
In an update to the Shri Krishna Janmabhoomi-Shahi Idgah Mosque dispute case, the trial will begin on Thursday (May 26) in the Mathura District Court. Both parties will appear in the lower court in the case that is related to the plea of Supreme Court advocates Harishankar Jain, Vishnushankar Jain, and Ranjana Agnihotri. In the claim, the 1968 agreement between the Shahi Idgah Masjid and Shri Krishna Janmabhoomi Seva Sansthan has been challenged.

The plea to remove the Shahi Idgah Masjid was originally filed in a lower court - the court of civil judge senior division - on 25 September 2020, by Lucknow resident Ranjana Agnihotri and six others as the "next friend of Bhagwan Sri Krishna Virajman". They had claimed in the plea that the Shahi Idgah Masjid is constructed on a part of 13.37 acre land belonging to the Sri Krishna Janmabhoomi Trust. They had demanded the mosque be removed and the land returned to the Trust.

However, the civil judge, senior division, rejected the suit on 30 September 2020, as non-admissible. The petitioners then moved to the court of the district judge, seeking a revision of the order. The Shahi Idgah mosque is located in the same complex as the Katra Keshav Dev Temple.

What is the Shahi Idgah Masjid-Krishna Janmabhoomi dispute?

On May 9, a petition was filed in Mathura court to conduct a survey in Shahi Idgah Masjid, allegedly built on orders of Mughal Emperor Aurangzeb in 1669-70 in the 13.37-acre premises of Katra Keshav Dev temple near the birthplace of the deity Lord Krishna. The petitioner, advocate Mahendra Pratap Singh, has demanded the court to delegate a senior advocate as a commissioner, who can go and take stock of the land, and examine the Hindu symbols present on it.

The petition for a survey comes as the verdict in the Shri Krishna Janmabhoomi-Shahi Idgah Mosque dispute case is scheduled for May 19. The judgment relates to the first lawsuit in the case, which was filed by Lucknow resident Ranjana Agnihotri as the next friend of child deity Shri Krishna Virajman of the Katra Keshav Dev temple and six others. Of the three lawsuits, in this case, the second suit was filed by Hindu Army chief Manish Yadav and the third by five other plaintiffs through advocate Mahendra Pratap Singh.

The lawsuits have demanded the removal of the mosque allegedly built on orders of Mughal Emperor Aurangzeb in 1669-70 in the 13.37-acre premises of Katra Keshav Dev temple near the birthplace of the deity Lord Krishna.