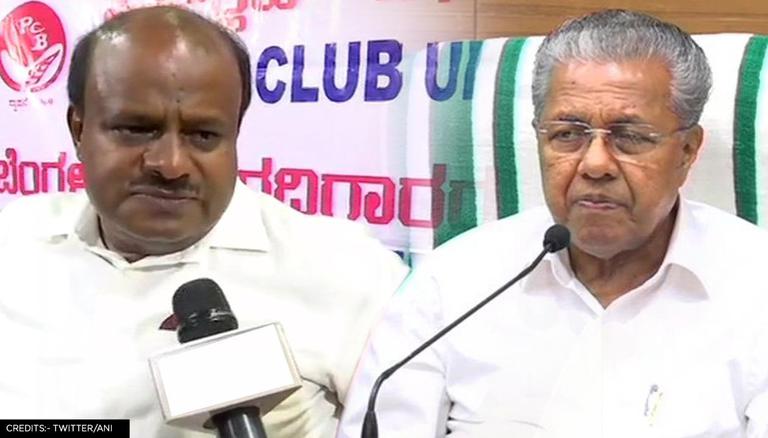 
Former Karnataka CM HD Kumaraswamy objected to the Kerala government's decision to allegedly change the names of villages in the Kasargod district and appealed to CM Pinarayi Vijayan to retain the original name. Urging the CM Pinarayi
Vijayan-led Kerala government to 'protect the traditional feelings of Kannadigas' living there, the JD(S) leader highlighted that Kasaragod was a symbol of linguistic harmony and co-existence and that there was an equal number of Kannada and Malayalam speakers living harmoniously in the region. Noting that the people of Karnataka have a 'cultural bonding' with the people of Kasargod, Kumaraswamy claimed that there was never a quarrel over the language issue.

It has come to my notice that Kerala government has begun the process of changing the Kannada names of some of its villages in Manjeshwara of Kasaragod district into Malayalam. (1/6)

Before Kerala takes up such a process of changing the names, I want to bring certain issues to its notice. Kasaragod is a place that has close ties with Karnataka. Kannadigas as well as Karnataka have cultural bonding with the people of Kasaragod. (2/6)

In fact, Kasaragod has remained as a symbol of linguistic harmony and co-existence.
Though Kannada and Malayalam-speaking people are in equal number in Kasaragod, they are living in a harmonious manner. They have never quarreled over the language issue. (3/6)

('Kannada name change in Kasargodu district from Kerala Government. Chief Minister Yediyurappa and the Karnataka government should immediately oppose it and stop the anti-Kannada work by talking to the Kerala CM,' BJP MP Pratap Simha wrote on Twitter.)