A hotline was established between the Indian Army in North Sikkim, & the PLA in Tibetan Autonomous Region, to further the spirit of trust and cordial relations 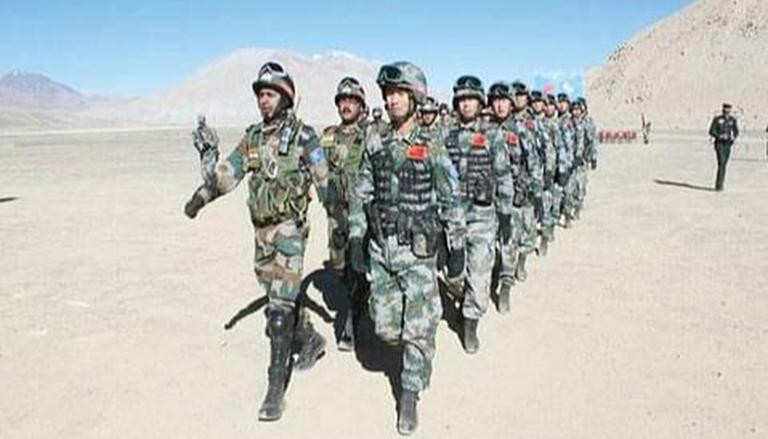 
A day after the 12th round of Corps Commander level talks was held between India and China, a hotline was established between the Indian Army in North Sikkim's Kongra La, and the Chinese PLA at Khamba Dzong in Tibetan Autonomous Region, to further the spirit of trust and cordial relations along the borders. The event coincided with PLA Day on August 1.

"The Armed forces of the two countries have well-established mechanisms for communication at ground commanders level. These hotlines in various sectors go a long way in enhancing the same and maintaining peace and tranquility at the borders," the Defence Ministry said in a statement.

The inauguration was attended by ground commanders of the respective Armies and a message of friendship and harmony was exchanged through the Hotline, it added.

Amid a thaw between the two countries over the year-long standoff at the Line of Actual Control,  the 12th round of Corps Commander level talks were held in Moldo on the Chinese side of the LAC on Saturday. The nine-hour-long discussions pertained to the disengagement of troops from friction points including the Gogra Heights and Hot Springs area. The two countries have been in a standoff since April-May 2020 when China attempted to unilaterally status quo at the LAC.

Recently, China asserted that both PLA and the Indian Army have disengaged in the Galwan Valley region. Speaking at a seminar on Wednesday, Ambassador Sun Weidong called for a "fair, reasonable and mutually acceptable solution" to the border dispute. China-India relations are significant to the peace and prosperity of the region and the world at large, he added.

On July 14, External Affairs Minister Jaishankar met his Chinese counterpart Wang Yi on the sidelines of the SCO Foreign Ministers’ meeting. Recalling their earlier meeting in September 2020, the EAM stressed the need to follow through on the agreement reached then and finish the disengagement at the earliest. Maintaining that prolongation of the existing situation was not in the interest of either side, he admitted that it has had a negative impact on the bilateral relationship. As per the MEA, Jaishankar clearly told Wang that unilateral change in the status quo is not acceptable.

The two countries have reached a five-point consensus on continuing dialogue and quickly disengage while honouring all existing agreements and protocol on China-India boundary affairs. Over 11 rounds of military talks, the Chinese People's Liberation Army has retreated from the Finger 4 area and Patrol point 14 along the LAC, while India pre-empted PLA activity on the Southern Bank of Pangong Tso Lake capturing positions of 'strategic importance' in the Fingers area.

The disengagement is yet to be completed in friction points such as Hot Springs, Gogra, and Depsang. Twenty jawans were martyred on June 5-6 amid a violent face-off between Indo-China troops at LAC's Galwan Valley.