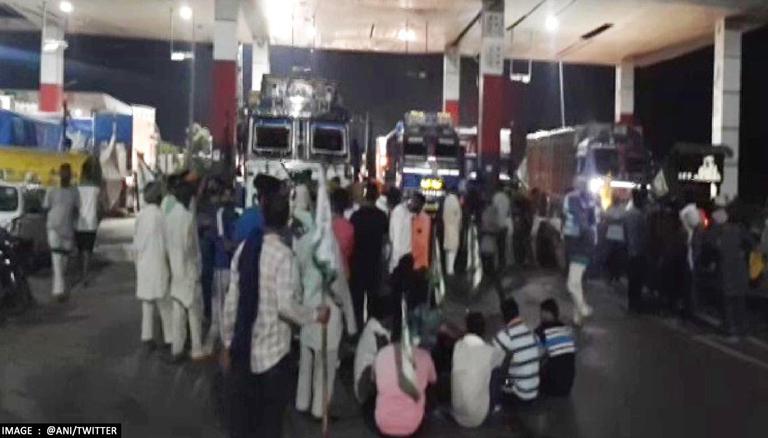 
In a recent update to the neverending protest of farmers over Lakhimpur Kheri violence, Shambhu Toll Plaza of Haryana was blocked by protesters on Monday, October 4 following the arrest of Haryana Bharatiya Kisan Union (BKU) chief Gurnam Singh Chaduni. BKU chief who was on his way to the district was detained by the police as section 144 has been implemented.

Chaduni, who was detained on way to Lakhimpur Kheri, was later released. pic.twitter.com/d6kBuD9CG8

Earlier, the Supreme Court had come down heavily on the protesting farmers and said that they had 'strangulated Delhi' by blocking the roads. The top court stated that Delhi has the right to free movement which is often curbed with the farmers' peaceful protests. While the Farmer leader Rakesh Tikait had said that it's ok if people experience inconvenience for a day for farmers.

READ | 'A day of sadness': Amarinder Singh express grief over the plight of farmers in Lakhimpur

On Monday, the Delhi Traffic Police had issued an advisory to the commuters entering the national capital from Uttar Pradesh's Ghaziabad district. The statement read, “Due to the closure of National Highway 24 and National Highway 9 by Ghaziabad Police regarding protesters, the commuters'/ motorist coming from Sarai Kale Khan take an alternate route for Ghaziabad i.e. Vikas Marg via road No 57 A 'road No 56. Anand vihar and paper market for Ghaziabad and for Noida via D.N D".

On October 3, while farmers were protesting against the Farm Laws at Lakhimpur Kheri outside an event venue where Deputy CM Keshav Prasad Maurya was scheduled to attend, one of the farmers was shot dead by Ashish Misra - son of Union MoS Ajay Misra Teni and two farmers were killed after his car ran over them and turned turtle. Before the incident, farmers were seen holding black flags displaying their disapproval of Maurya's helipad landing at Maharaja Agrasen Ground. In response to the horrifying act, farmers begin to stone-pelting at the car which had overturned, killing 4 BJP workers - including Misra's driver.