Lance Naik Jitender Kumar joined the Army in 2011 and was inducted into the 3 PARA (SF) regiment. He was an expert sniper and specialist in communications. 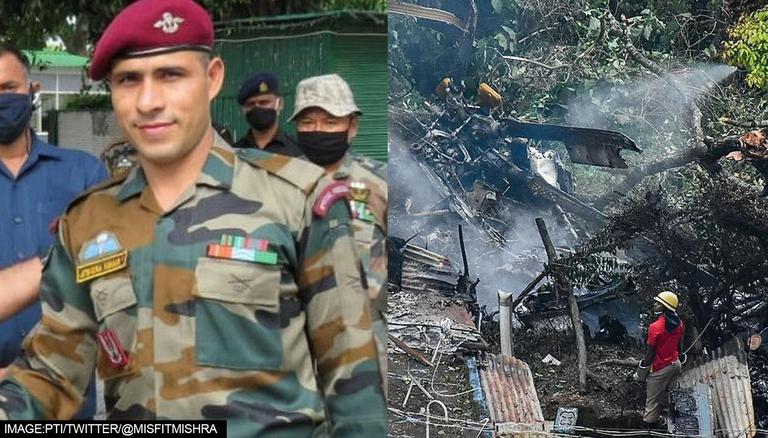 
Lance Naik Jitender Kumar, one of Chief of Defence Staff (CDS) General Bipin Rawat's Personal Security Officers (PSO), was among the 12 who died along with General Rawat in a fatal helicopter crash in Tamil Nadu's Coonoor on Wednesday. Lance Naik Kumar was a resident of Dhamanda village in Madhya Pradesh's Sehore district.

Jitender Kumar joined the Army in March 2011 and was inducted into the 3 PARA (SF) regiment. He was an expert sniper and specialist in communications. During a tenure of 10 years in service, Kumar served in different parts of the country including in the desert regions along the Indo-Pak border, the Sino-Indian border near Pithoragarh and Jammu & Kashmir. He is survived by his wife and a one-year-old son.

Jitender Kumar was the 'son of the soil': Madhya Pradesh CM

On Wednesday, December 8, Shivraj Singh Chouhan, the Chief Minister of Madhya Pradesh, took to Twitter to pay his tribute to Kumar. Chief Minister Chouhan called the deceased soldier a "son of the soil."

"Tribue to Jitender Kumar ji, son of the soil of Madhya Pradesh. Son of Sehore who also lost his life while discharging his duty in the heart-wrenching helicopter accident that took away CDS Bipin Rawat ji. May God grant peace to the departed soul. Om Shanti," Chouhan's tweet read (roughly translated).

It is pertinent to mention here that Defence Minister Rajnath Singh made a formal statement in Parliament on Thursday providing details about the IAF helicopter crash. He explained that Sulur Air Base Air Traffic Control lost contact with the Mi-17 V5 Helicopter at about 12.08 pm barely a few minutes before its scheduled landing at Wellington where CDS Rawat was going to interact with budding officers. The Defence Minister also revealed that the IAF had ordered a tri-services enquiry headed by Air Marshal Manvendra Singh.