Kiren Rijiju said the legislature & judiciary are not fighting for domain control but are part of the same team to make this country a robust democratic nation. 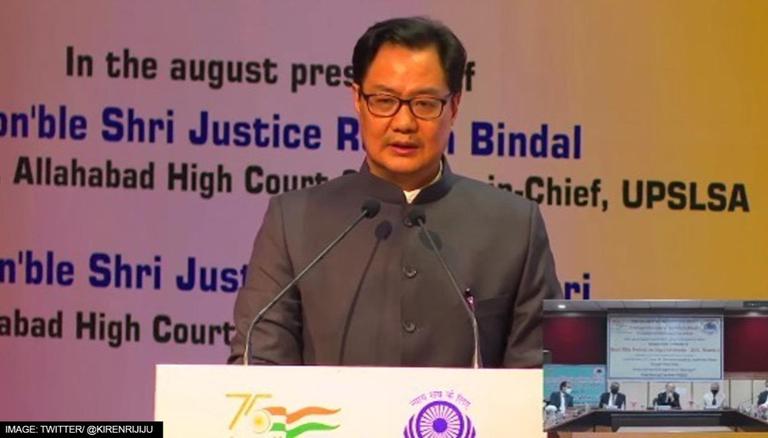 
Expressing concern over the “unpalatable” remarks made against judges on social media, Union Law Minister Kiren Rijiju said on Tuesday that many people do not understand the life of a Judge and the hard work they put in.

He said the legislature and the judiciary are not fighting for domain control but are part of the same team to make this country a robust democratic nation.

“We know what Judges do but many people don’t understand the life of a Judge. There are some unpalatable remarks being made on social media, when you see closely how much judges have to perform, it’s difficult for people like us to comprehend,” Rijiju said.

“We are from public life, we are open. Judges can’t be open. It is not easy for them to come out of conventional duties and look after legal aid,” he said.

Rijiju further said that both the Legislature and the Judiciary want to ensure that people don’t have to struggle for bare minimum justice. Noting that four crore cases are pending in lower courts, he said the greatest thrust must be given to the lower Judiciary at this time.

"The strength of judiciary is very critical for the survival of democracy. The idea of bringing justice to the doorstep is transforming the judiciary. We have to make simple laws, in simple language, convenient for everyone. This doesn’t mean Judges and lawyers will become jobless. I’ve discussed with the Chief Justice of India," the Minister said.