Leopard That Attacked And Injured 2, Returns To Kolli Hills In Trichy

After a lone leopard injured two persons in a hamlet in Thuraiyur on Saturday, the forest department's video filmed the wild animal retreating to the forest. 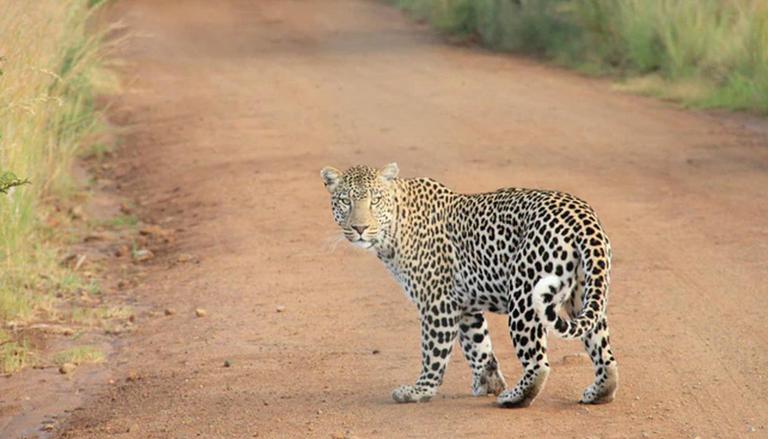 
After a lone leopard injured two people in a hamlet in Thuraiyur on Saturday, the forest department's video, which showed the wild animal retreating to the forest, gave much relief to the inhabitants. After nearly six years, a leopard has been discovered in the area.

Hari Baskar, 20, and Duraisamy, 59, were injured by the wild animal while hiding under a tiny mound near Koneripattu in Angiyam village. They are being treated at Namakkal government hospital. The leopard assaulted the pair after they approached it to take a selfie. According to the forest department senior staff, the animal attacked them in panic and then ran back to the cave in the hillside.

People were instructed to stay indoors

As the animal could approach residential areas in panic, the area's population was reduced by deploying workers, including police officers. People were instructed to stay indoors during the night after street lights were turned off. While the forest department assumed it was a leopard based on pug marks and statements from villagers, it was filmed by one of the forest department's six video traps set up at the location late at night.

Forest department finds paw prints and camera trap photos of a 4-year-old leopard lurking outside Angiyam village in Thuraiyur at night. Based on the paw print traces, the leopard is believed to be migrated to Kolli hills range. @xpresstn @NewIndianXpress pic.twitter.com/sK7N4Cb6Uq

Chief conservator of forests and in charge of the Trichy forest circle S Ramasubramanian said that they expected, the leopard to return to the forest in the Kolli hills from where it had come. To keep an eye on the community, some ten forest service field workers camped there. According to him, the leopard rarely returns after such encounters.

Approx six years ago, a leopard was spotted in the same area in 2015, and it was captured and taken to the Anamalai Tiger Reserve. Leopards, unlike tigers, can survive on peafowl, rabbits, and small mammals, whereas tigers require larger food such as Indian Gaur, sambar deer, or spotted deer.

What transpired after the incident on Saturday?

On Saturday, Hari Baskar and Duraisamy were hurt when the leopard attacked them in Thuraiyur on the Tiruchi-Namakkal border in Angiyam. The injured were immediately sent to the Thathaiyengarpettai Primary Health Centre and then to the Government Hospital in Namakkal. Forest officials led by D. Sujatha, District Forest Officer, and Anand Kumar, District Forest Officer, Engineering Division, went to the scene after receiving information and began making efforts to catch the animal. However, the leopard returned on his own.