Timely action by two loco pilots saved the lives of a dozen elephants including calves in Palamau Tiger Reserve (PTR) in Jharkhand, officials said on Saturday. 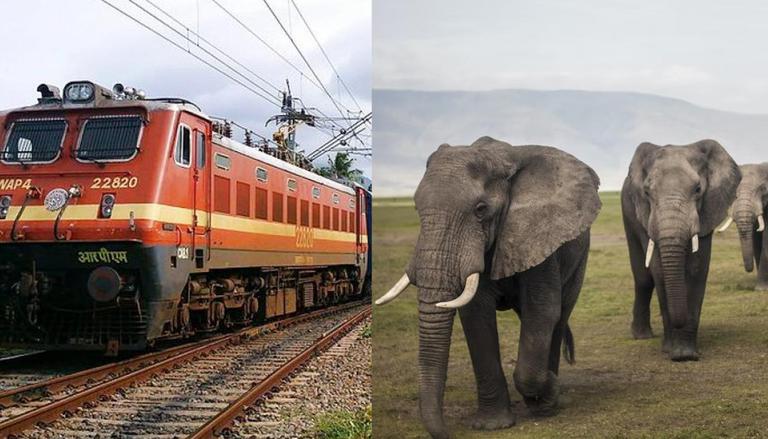 
Timely action by two loco pilots saved the lives of a dozen elephants including calves in Palamau Tiger Reserve (PTR) in Jharkhand, officials said on Saturday.

The Howrah-Jabalpur Shaktipunj Express was bound for West Bengal through a dense forest in PTR at a speed of around 70 kmph around 6 PM on Friday when suddenly the locomotive pilots noticed a herd of elephants crossing the tracks between Chipadohar and Hehegara railway stations, they said.

"Loco pilot A K Vidyarthi and I swiftly pulled the emergency brake and the train stopped around 60 metres from the herd," Rajnikant Choubey, assistant loco pilot, told PTI.

"We felt a sense of satisfaction after saving the lives of at least 12 elephants," he added.

Choubey said there was no speed limit on the stretch where the incident happened but the speed limit after the 'caution line', which was 500 metres away, was 25 kmph.

The existing double-line passes through an 11-km stretch between Chhipadohar and Hehegara in the core area of the reserve, a PTR official said.

PTR field director Kumar Ashutosh said, "We thank the loco pilots for saving the lives of 12 elephants." He said frequent movement of trains through the dense forest causes threat to wildlife in the reserve.

"Several elephants were killed in this section in the past. I would urge other loco pilots to remain cautious like Choubey and Vidyarthi," he added. PTI COR SAN ACD ACD