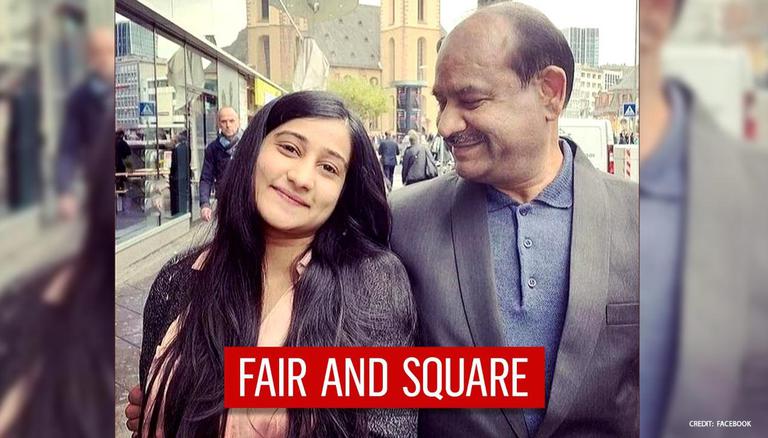 Social media was recently flooded with posts claiming that Anjali Birla, the daughter of Lok Sabha Speaker Om Birla, passed the Indian Administrative Services (IAS) exam without appearing for the test. This has now been debunked.

Facebook posts claimed that the candidate benefitted from her father's position, and was selected through "backdoor channels" by ignoring other deserving, but less privileged candidates.

“Om Birla’s daughter cleared IAS in the first attempt, that too without undertaking any exam. 90 seats kept for back door entry (reserve list) for the country's most prestigious exam are being used for officials with power instead of poor, hard-working, aspirants from a rural background and deserving candidates,” read one of the posts in Hindi.

However, official records show that Anjali Birla did appear for both preliminary and main tests of the country’s top civil service exam in 2019. The candidate list available on the Union Public Service Commission (UPSC) website confirms this fact.

The IAS exam, also known as the Civil Services Examination, is a highly competitive testing process for candidates seeking to join the Indian Administrative Services (IAS) - the administrative branch of the Central government. The test is conducted by the Union Public Service Commission (UPSC) every year.

"When I read the viral post, I laughed... Rumours have always been fun to hear but I haven’t come across such a baseless, mindless criticism. ...I had to produce documents to show that I cleared all the three stages. It is wrong to discredit someone’s blood and sweat only because of prevailing stereotypes," she said.