Singh also stated CM Yogi Adityanath has informed him that the BrahMos production facility would generate employment for more than 5,000 individuals. 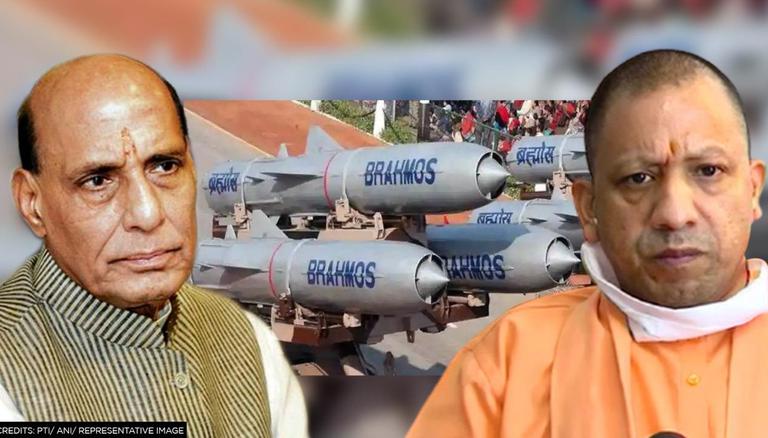 
In a significant boost to the economics and employability of the state, Defence Minister Rajnath Singh on Tuesday declared that the next-gen state-of-the-art BrahMos missiles will be manufactured in his Lok Sabha constituency, Lucknow, in Uttar Pradesh. The Defence Minister also stated Chief Minister Yogi Adityanath has informed him that the BrahMos production facility would generate employment for more than 5,000 individuals.

BrahMos missiles will be manufactured near Lucknow: Rajnath Singh

While launching a series of development projects, the Union Minister said,

"You must have got information through newspapers but today I would like to repeat that. Nobody ever imagined that missiles would be manufactured in Uttar Pradesh. BrahMos missiles will be manufactured near Lucknow. The Chief Minister had informed that an estimated over 5,000 people will get employment through this."

According to media reports, Director-General of BrahMos Aerospace Sudhir Kumar Mishra has last week in writing sought 200 acres of land for the project at the Uttar Pradesh Defence Industrial Corridor from the Additional Chief Secretary of Uttar Pradesh, Awanish Awasthi, following which the UP CM has given his approval to the project.

"Every house in Lucknow to soon get equipped with PNG connections"

Defence Minister Rajnath Singh also stated that every house in Lucknow will be equipped with Piped Natural gas (PNG) connections soon. Singh said, "I have been informed by Green gas Limited that a target has been set to provide PNG gas to each household in Lucknow which will reduce the consumption of LPG gas."

The Union Minister heaped praises on Cheif Minister Yogi Adityanath and asserted that he was able to take up development projects on a large scale in his Parliamentary constituency only because of Yogi Adityanath.

Singh also acknowledged CM Adityanath's commitment to take care of those children who lost their parents to COVID.

"The Uttar Pradesh Government has done a lot of work. But what touched my heart was the way he performed his duties faithfully during the COVID-19, despite being infected himself. He provided financial assistance to orphans. Only a sympathetic chief minister can think do so," the Union Minister added.