Madhya Pradesh CM Shivraj Singh Chouhan met with the top police officials on Tuesday, April 19 to deliberate on the law and order situation in the state. 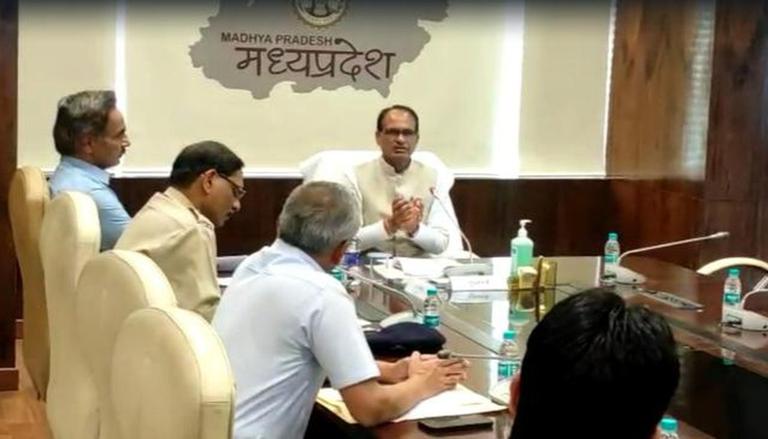 
Madhya Pradesh CM Shivraj Singh Chouhan met with the top state police officials on Tuesday, April 19 to deliberate on the law and order situation in the state in light of the communal clashes in the Khargone region.

During the meeting, CM Chouhan asked the ADG Intelligence to carve out a plan to strengthen intelligence inputs in the state to circumvent any further incidents in future. He maintained the government’s stern stance on rioters and asked the police authorities to ensure uncompromising action against those who attempt to stoke communal tensions in the state.

Chouhan had urged state officials to maintain vigilance over the situation and keep an eye out for anti-social elements in order to avoid any unforeseen circumstances. CM Chouhan gave directions to authorities to keep an uncompromising attitude while dealing with rioters.

This comes just hours after Madhya Pradesh CM, affectionately known as "Mama," assured the people of Madhya Pradesh of maintaining a peaceful social environment and warned goons and mafias to beware of his government. BJP leader also gave a deterrent warning to ‘Bahubalis’ in the state, saying that the government would raze their properties if found guilty or involved in any criminal activity hampering the law and order situation.

'Bahubalis shall be wary of Mama Bulldozer'

Addressing a public rally in the city, the BJP leader said, "Many influential goons have illegally encroached lands and properties in Madhya Pradesh. We have decided to run bulldozers over their lands and distribute them among the poor. In Bhopal too, we freed encroached land worth Rs 350 crores. The houses of all Bahubalis will be razed."

Earlier, CM Chouhan had ordered the demolition of illegal buildings of those involved in stone-pelting in Khargone. The administration razed around 16 houses and 29 shops on April 11, in a crackdown on ‘corruption and illegal encroachment.’

Providing updates about the situation in Khargone, where communal clashes were witnessed on Ram Navami, Chouhan said, "There is peace in Khargone. At least 10 houses were completely damaged in the riots. Those houses will be rebuilt with government support. In addition, the 70 houses that were partially damaged will also be repaired with the government's help, and the injured will be provided free treatment."