The EWS quota, approved by the state cabinet in December, will enforce educational and government institution to reserve 10% seats for the Maratha community 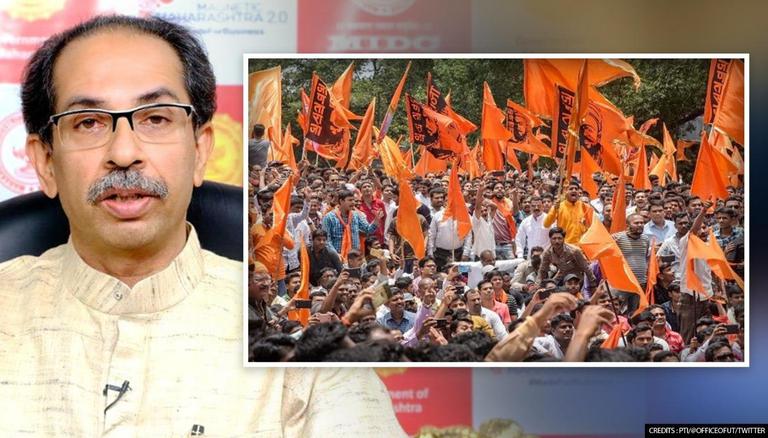 
Weeks after the Supreme Court struck down the Maharashtra SEBC Act that had attempted to grant reservation for the Maratha community and had taken the overall reservation well over the 50% cap in the state, the Uddhav Thackeray-led MVA government on Monday issued an order allowing Economically Weaker Sections (EWS) quota benefits to reach the community. The EWS quota proposal which was approved by the state cabinet in December last year will enforce educational and government institutions to reserve 10% seats for the Maratha Community under the EWS category. Through the EWS quota, members of the Maratha community belonging to economically weaker sections - with an annual income of less than Rs 8 lakhs - shall be allowed to avail benefits of the 10% quota in government-run educational institutions and jobs as well.

As per the resolution passed by the Maharashtra cabinet, an applicant of the EWS quota will now be able to avail the SEBC quota. The decision approving the EWS quota proposal was taken in accordance with the observations by the Aurangabad bench of the Bombay High Court, the resolution had said. Members of the Maratha Community had, however, opposed the EWS quota which was termed as a relief until the SC verdict. The criticism of community members was that the Maratha community will have to compete with people in the open category for the 10% EWS quota.

In the SEBC Act which came into force on November 30, 2018, the Maratha community was declared as a "Socially and Educational Backward Class" and accorded 16% reservation, propelling the total reservation in Maharashtra to 68%. While upholding the validity of this law, the Bombay High Court reduced the quantum of Maratha reservation to 12% in educational institutions and 13% in public employment. However, the SC stayed the reservation on September 9, 2020, and referred the matter to a larger bench.

On May 5, the Constitution bench comprising of Justices Ashok Bhushan, S Abdul Nazeer, L Nageswara Rao, Hemant Gupta and S Ravindra Bhat unanimously ruled that neither the Gaikwad Commission nor the High Court made out any grounds for exceeding the ceiling of 50% reservation for Marathas. Moreover, the apex court observed that there was no question of revisiting the verdict in the 1992 Indra Sawhney vs Union of India case which had capped the total reservation at 50%. Thus, it struck down the Maharashtra State Reservation for Socially and Educationally Backward Classes (SEBC) Act, 2018 to the extent that Marathas cannot be held as "Socially and Educationally Backward Class" and they are not entitled to reservation.

Following the Supreme Court verdict earlier this month, Maharashtra Chief Minister Uddhav Thackeray said that he will soon meet Prime Minister Narendra Modi to discuss the issue. Stating that he has written a letter to the Prime Minister, CM Thackeray said that he has urged PM Modi to take steps to declare the Maratha community in the state as Socially and Educationally Backward (SEBC) to enable them to claim the reservation in education and public employment at least to 12% & 13 % respectively.

Opposition in the state, the BJP, has expressed disappointment with the SC verdict and blamed the state government for not paying enough attention to the case. Recently, BJP MP Sambhaji Chhatrapati warned that if the Maharashtra government does not approve his demands concerning the Maratha community by June 6, he would launch an agitation irrespective of the ongoing coronavirus pandemic. Sambhaji Chhatrapati, a descendant of Maratha warrior king Chhatrapati Shivaji, said he submitted a list of his demands to Maharashtra Chief Minister Uddhav Thackeray on Friday.

READ | BJP & party MP at loggerheads over Maratha quota impasse; all eyes on Shivaji's descendant
First Published: 31st May, 2021 17:07 IST
SUBSCRIBE TO US