Maharashtra Minister Anil Parab has issued his first response after he was raided by the ED on Thursday in connection with a money laundering case. 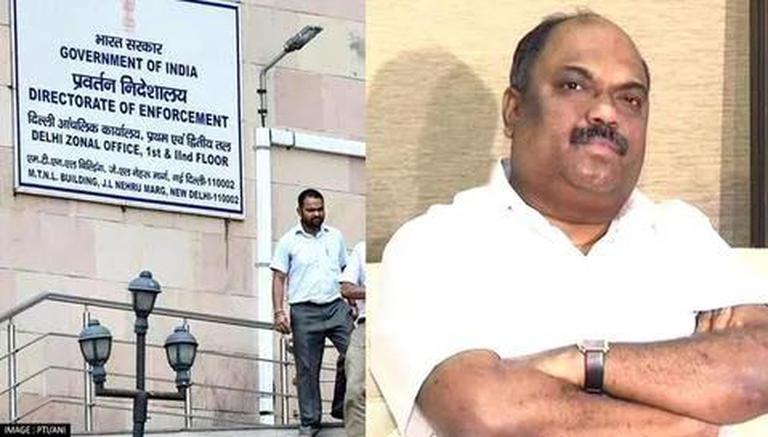 
Maharashtra Minister and Shiv Sena leader Anil Parab issued his first response after he was raided by the Enforcement Directorate (ED) on Thursday in connection with a money laundering case. Speaking to the media, the Maharashtra Transport Minister has refuted the allegations levelled against him. According to Parab, the predicated offence against him states that the Sai Resort in Maharashtra's Dapoli releases sewerage water into the sea. However, Parab has claimed that the resort has not even started its operations.

Moreover, he has also denied his connection with the resort and has claimed that the resort is owned by one Sadanand Kadam. Parab also remarked that the pollution board has also submitted its reports over the same. After being questioned by the ED, the state Minister has added that he answered all questions posed to him during the interrogation. Parab is seeking legal options over the same.

ED raided my house, official bungalow, and my associates today. The predicated offence that was cited was that they allege that Sai Resort in Dapoli, that has not even started operations, releases its sewerage water is released into the sea: Maharashtra Minister Anil Parab pic.twitter.com/nvhyOXbGTD

I've been saying from the 1st day that I've no connection with the resort&its owner is Sadanand Kadam. They've registered case at Dapoli PS. Since this was a scheduled offence,ED took action. We'll see how to legally take it forward but I answered their every question: Anil Parab pic.twitter.com/fjnZaJF6OH

The Enforcement Directorate on Thursday raided several locations of Maharashtra Transport Minister Anil Parab and others. The raids were a part of a money-laundering probe linked to an alleged violation of coastal regulation zone norms in the construction of a resort in the Dapoli beach area of Ratnagiri district, PTI reported citing officials. The central agency has now filed a fresh case against the minister and others under the criminal sections of the Prevention of Money Laundering Act (PMLA).

Parab's role was already being probed by the agency in another money laundering case against former Maharashtra home minister and NCP leader Anil Deshmukh. The ED raided at least seven premises, including Parab's official residence in Mumbai's Bandra area. Other locations that were raided included linked premises in Dapoli and Pune and those of people allegedly linked to him like Sadanand Kadam were searched by the agency.

The agency also quizzed the minister and recorded his preliminary statement as part of the case that has been filed after taking cognisance of a recent Union Environment Ministry show-cause notice that called the Dapoli resort "illegal" and in alleged violation of the Coastal Regulation Zone (CRZ) norms. Parab is also facing some other charges of alleged irregularities and corruption.