Shiv Sena MP Sanjay Raut said that his party will participate with full force in the Maharashtra bandh that will commence from Sunday midnight. 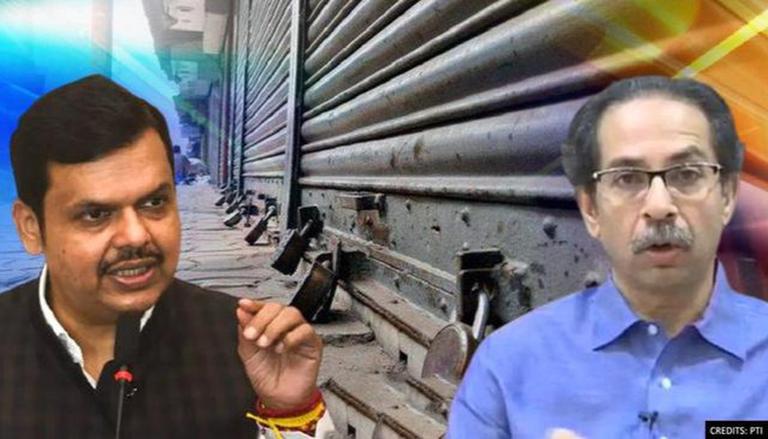 
The Maharashtra ruling alliance has called for a statewide bandh on October 11 in protest against the death of four farmers in the Lakhimpur Kheri violence. The Maharashtra Vikas Aghadi (MVA) - the ruling alliance of the NCP, Congress, and Shiv Sena - said that the bandh has been called to show solidarity with the farmers of the country.

Shiv Sena MP Sanjay Raut said that his party will participate with full force in the Maharashtra bandh that will commence from Sunday midnight. Stating that it is necessary to wake people up against the Centre’s anti-farmer policies, the MVA government has appealed to the people to support Monday’s bandh.

Apart from emergency services, including hospitals, ambulances, medical stores, and milk supply, everything else is expected to be shut in the state on Monday.

Notably, the Maharashtra retail traders’ association has decided to keep all shops closed until 4 pm in support of the bandh called by the state government in protest against the killing of farmers in Uttar Pradesh's Lakhimpur Kheri.

The Chhatrapati Shivaji Market Yard traders’ association has also announced that over 2,000 traders selling fruits, vegetables, onions, and potatoes, will not operate on Monday. They have appealed to the farmers not to bring their agricultural produce to the market on Monday.

READ | Owaisi paints communal colour to Lakhimpur violence; 'had it been Atiq and not Ashish'

A day before the bandh commences, BJP's Nitish Rane warned against the forceful closure of shops and markets by workers of the MVA. Taking to Twitter, Rane said that if shopkeepers are forced to close shops tomorrow by any of the MVA workers, they will have to face BJP karyakartas.

"Police should ensure no one is forced to follow the bandh else there will be a law and order situation which is not our responsibility!" he wrote further.

If shopkeepers r “forced” to close shops Tom by any of the MVA karyakartas.. they will have to face bjp karyakartas!
Police shud ensure no one is forced or else there will be a law n order situation which is not our responsibility!! @BJP4Maharashtra

Meanwhile, Mumbai Police is set to deploy maximum manpower at their disposal on the streets on Monday, to prevent any untoward incident during the Maharashtra bandh, and patrolling will be intensified.

“Three companies of the State Reserve Police Force (SRPF), 500 Home Guard personnel and 400 men from the Local Arms units are already deployed as additional manpower for the ongoing Navratri festival security. But, keeping the bandh in mind, Mumbai Police will use the maximum manpower to tackle any situation. Police bandobast will be (stepped up) on streets on Monday," a senior police official told PTI.

Union Minister Ajay Mishra's son Ashish Mishra, who was the prime accused in the Lakhimpur Kheri incident was arrested on Saturday night, after 12 hours of interrogation by the Crime Branch of Uttar Pradesh Police. He was later sent to judicial custody till Monday.