At least six people have been swept away following heavy rains in Maharashtra's Nashik district over the last 24 hours and the body of one of them was found so far, officials said on Wednesday. 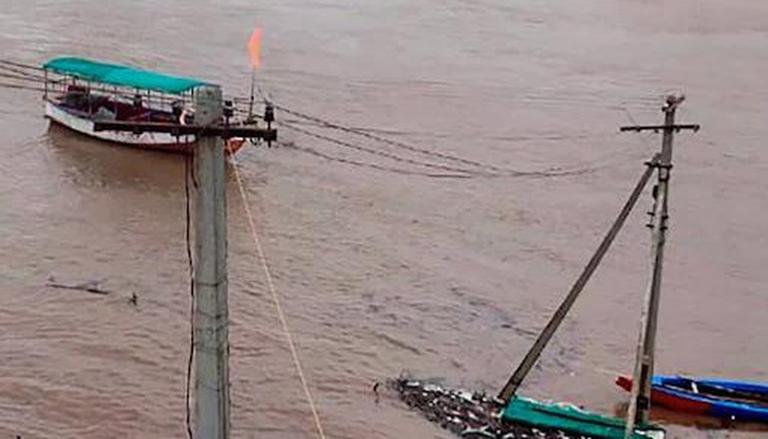 
At least six people have been swept away following heavy rains in Maharashtra's Nashik district over the last 24 hours and the body of one of them was found so far, officials said on Wednesday.

Heavy showers lashed Peth, Surgana and Trimbakeshwar talukas of the district on Tuesday. In Nashik city, showers were back on Wednesday after taking a break for some hours the previous day.

A six-year-old girl was swept away on Tuesday while she and her uncle were crossing the Alandi river in Dindori taluka. Her uncle swam to safety, but the minor died, a police official said.

In Mauje Palshi Khurd village of Peth taluka, one person was also swept away in the Godavari river, government officials said.

A person was swept away in a drain near the Godavari river in Shilapur village and another person met with the same fate while crossing the Naar river in Surgana taluka on Tuesday, they said.

In another incident, two motorbike-borne persons were swept away in a stream while crossing a small bridge over it, the officials said. The body of only one of these people was found so far, they said.

Besides, one person drowned in the Kikvi river at Mauje Talegaon in Trimbakeshwar, they added.

Following the heavy downpour, one side of a percolation lake near Alangun village in Surgana taluka caved-in and the area got flooded on Tuesday. Water entered some houses and the village gram panchayat office, officials said.

Some electricity poles and trees also got uprooted in the village, they said.

In Nashik city, a part of Parashare Wada near Kapaleshwar temple caved-in on Tuesday evening. No casualty was reported as no one was residing there, a police official said.

Wada is an old cluster of houses with many rooms.