A major rail accident has been averted in the Vellore district of Tamil Nadu.

Two trains came face to face on the same track near Katpadi railway station on Tuesday. The trains averted a head on collision at a distance of barely 100 meters as the drivers instantly applied the brakes. One out of the two trains was an electric train while the other was carrying water to Chennai. While the reason for signal error is yet unknown, there has been no casualties. 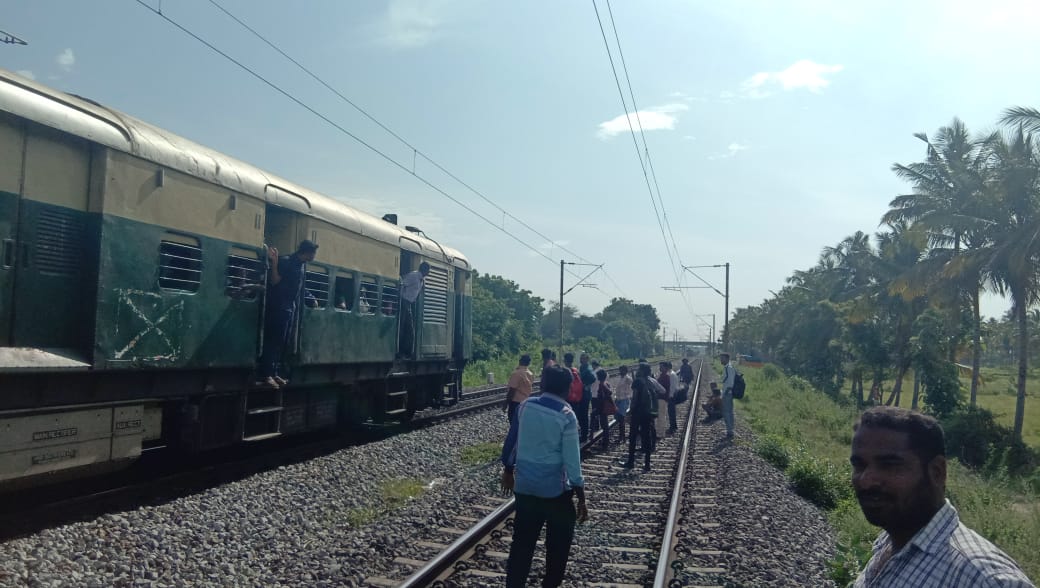 In a similar incident, a major train accident was averted on Mumbai-Kolhapur rail route as a boulder fell on the tracks near Lonavala. This accident was prevented due to the pre-installed CCTV cameras at the ghats of Mumbai-Pune route. These cameras, used to monitor the monsoon, proved extremely useful as the monitoring staff noticed the boulder in time and the train was stopped well before it could have hit the fallen debris. "The monitoring staff not only alerted higher authorities, but also ensured that power supply to the overhead equipment was switched off and oncoming trains were stopped well in time," said Sunil Udasi, Chief Spokesperson, Central Railway.

#WATCH Maharashtra: A boulder fell on the railway tracks near Lonavala, around 8 pm on 13 June. Mumbai-Kolhapur 11023 Sahyadri Express was delayed for around 2 hours due to the boulder. All lines were made operational by 11 pm. (Video source: Central Railway CPRO) pic.twitter.com/Jbq3iOSyRe

In a recent incident, one of the wagons of the Chandigarh-Kochuveli express caught fire at New Delhi Railway station on September 6. The train was standing at platform number eight while the fire broke out in one of the compartments. While no casualties were reported in the incident, fire tenders were immediately rushed to the spot. The railway officers took stock of the situation and tried to control the panic at the station.

Fire which had broken out in rear power car of Chandigarh-Kochuveli Express at New Delhi Railway Station, has now been doused. pic.twitter.com/wv2JoL9cBf

Read: Here's how elephant-train accidents and fatalities were significantly reduced in Assam, saving over 100 elephant lives