Renowned folk singer Malini Awasthi on Wednesday sent a legal notice for defamation to Congress' National Coordinator for social media Gaurav Pandhi. In a tweet dated May 19, Pandhi made an incredulous allegation that UP Additional Chief Secretary Awanish Awasthi was acting like a BJP member because his wife Malini Awasthi was earning crores of rupees by conducting hundreds of shows for the UP government. Speaking exclusively with Republic Media Network's Editor-in-Chief Arnab Goswami, Malini Awasthi called upon Pandhi to unconditionally apologise or face legal action.

She lamented the fact that the Congress member did not delete the tweet despite her earlier appeal. Awasthi also mentioned that the UP Congress had deleted a tweet of a similar nature. Maintaining that it was high time to stop taking this humiliation, she reiterated that a question had been raised on her as well her husband's integrity. Awarded the Padma Shri in 2016, Awasthi is known for her stellar work in Hindi, Awadhi, Bundelkhandi, and Bhojpuri languages.

Malini Awasthi remarked, "I had mentioned yesterday also in my tweet that either apologise, prove or be ready to face legal action. I thought that some good sense will prevail and they may delete the tweet because I was told that a similar tweet was also tweeted by the official Twitter handle of the UP Congress which they deleted later on. I don't know how under pressure. This guy has not deleted the tweet. So, I take it that he has some protection and he has been told not to delete maybe. It is time that we stop taking all this. It is time that we should stop putting with all this humiliation. Not only am I a woman, not only I am an artist, but a couple that has devoted their life with name and integrity. If you question my music, I can face it. I am a public performer."

She added, "I have sent a legal notice. He should either unconditionally apologise or I am going to the court. He should be facing. I have written that truth should prevail. I want to see what their reaction is. I want the world to see that a party which talks about women empowerment- this is what they actually think about women."

Here is the legal notice sent by Malini Awasthi: 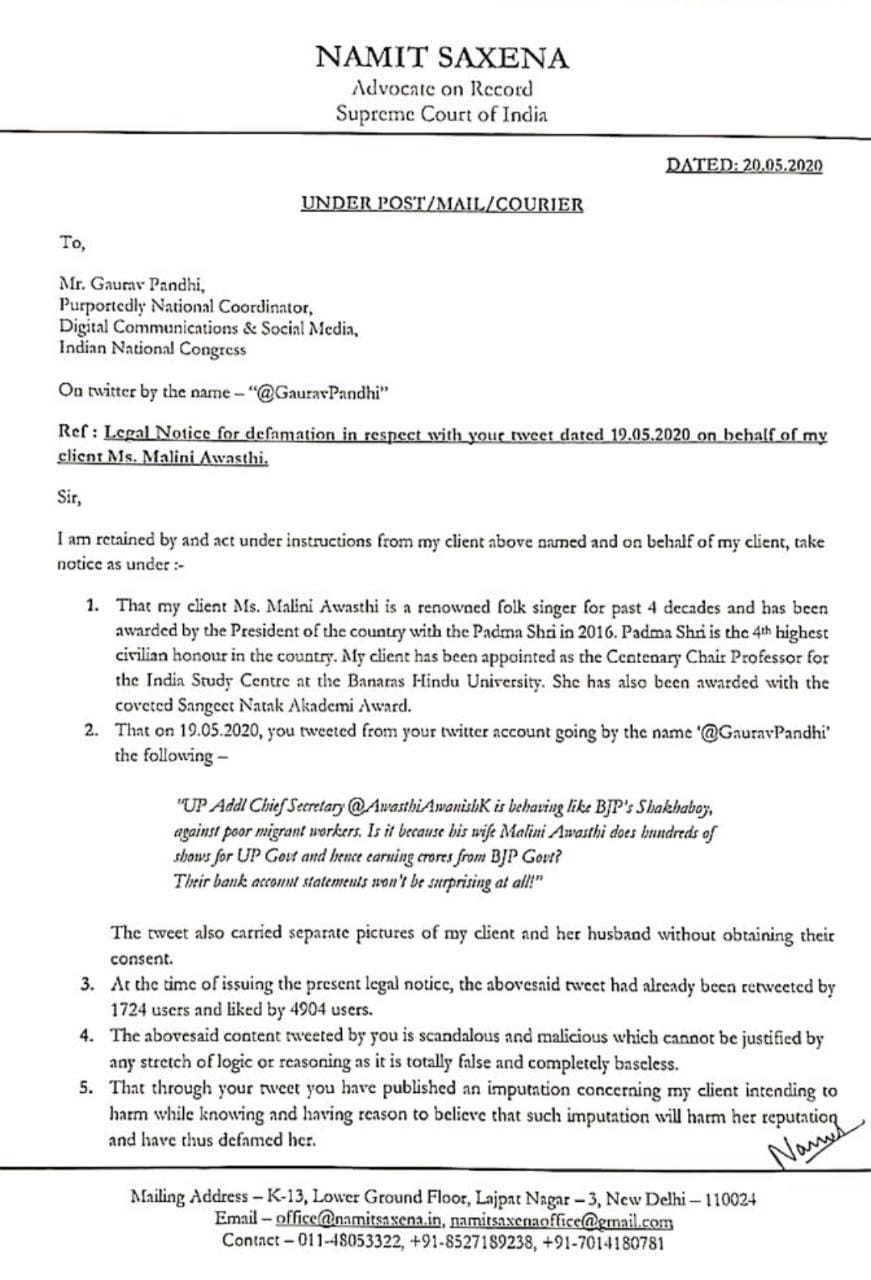 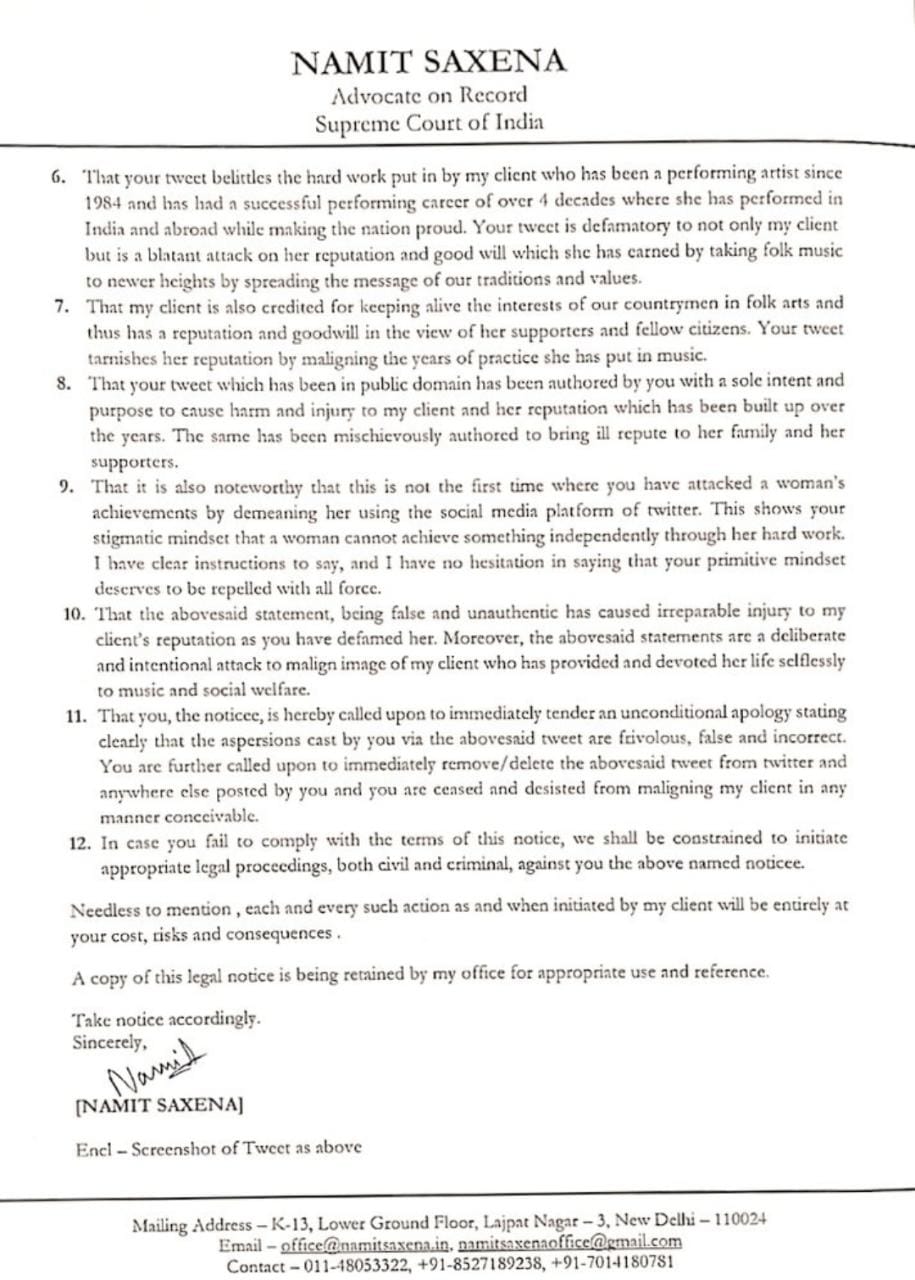